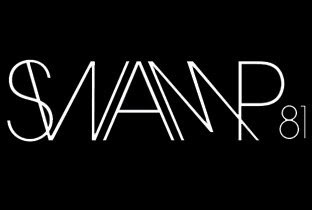 All this talk of the short hot summer of 1981 has naturally got me thinking about continuities and discontinuities between then and now. One aspect is the way that images and tropes from that period get recycled, of which a positive example is Loefah's Swamp 81 record label. Over the last couple of years Swamp 81 has put out some great London bass tracks by, among others, The Bug, Pinch, Kryptic Minds, Addison Groove and Skream.

Calling the label Swamp81 is nice way of subtly situating this dubstep and after sound (don't make me use the term post-........) in a trajectory reaching back to reggae sound systems, and in a history of resistance sonic and otherwise. For as you probably already know, Operation Swamp 81 was the name of the notorious police operation in Brixton that sparked the uprising there in April 1981 - an operation in which 943 people were stopped by police in the streets of Brixton over a six day period.

(Drumz of the South reports on Swamp 81 in Paris)
Posted by Transpontine at 12:33 am