As documented here before, the words ‘rave’ and ‘ravers’ seem to date back to the post-WW2 UK jazz scene and were widely used through to the late 1960s underground before seemingly largely falling out of use until the acid house era. But here’s a rare example from the punk period- an advert for a 1977 series of gigs in the West Country by Chelsea and The Cortinas (both on Step Forward records) with the strapline ‘New Wave Rave’. A ‘New Wave Disco’ is also promised. 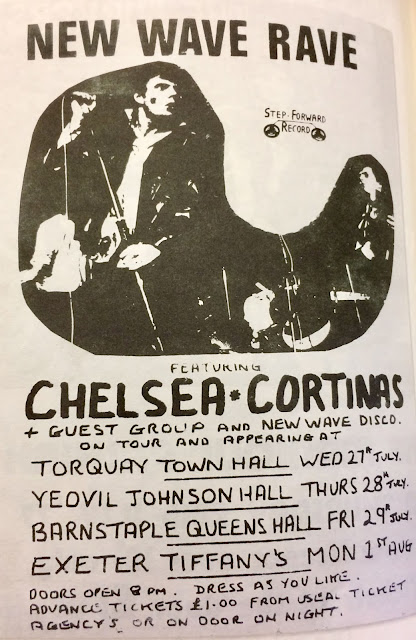 In recent years the name ‘New Wave Rave’ has been used for various punk/indie club nights (a quick search throws up nights in Sydney and Berlin, among others). But I’m not aware of other examples of the use of the word ‘rave’ in the high punk period (1976-78).