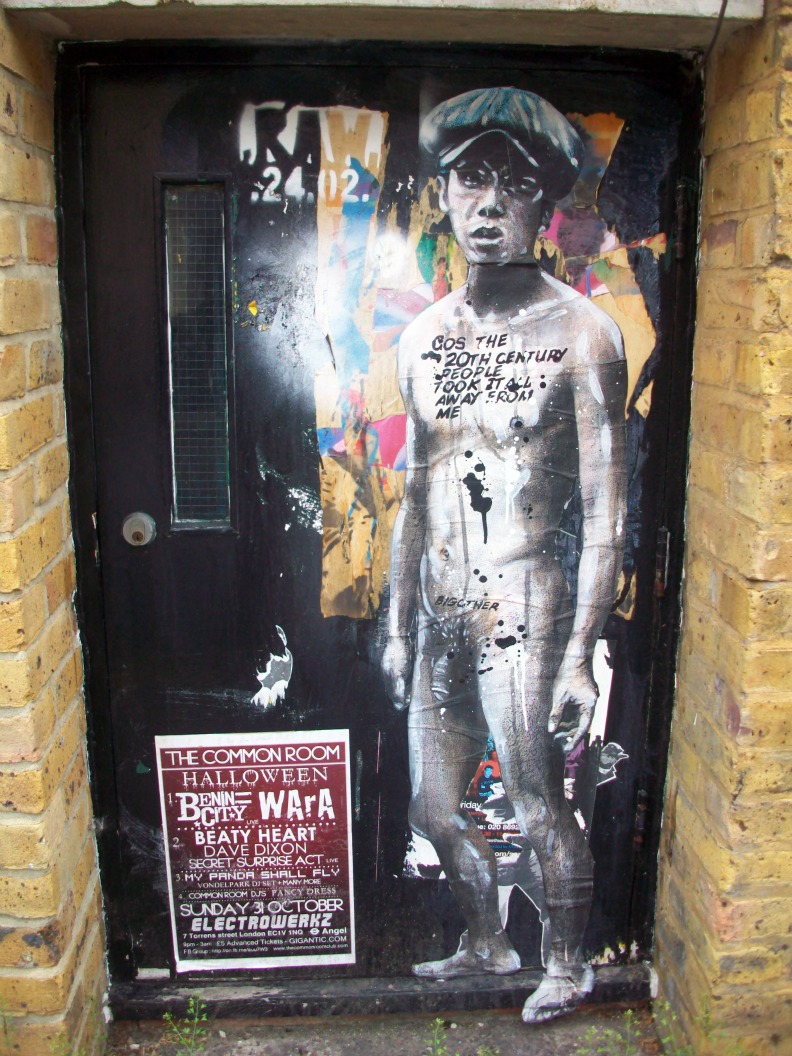 Took this last week in Laurie Grove, New Cross (that's South London for you out of town people). Just around the corner from Goldsmiths College with its many art students, so you'd hope for some decent street art. This example isn't graffiti as such, it's actually done on paper and pasted on to the wall.

Naked man is saying 'cos the 20th century people took it all away from me', plus a Zizek reference with part of his anatomy labelled 'Big Other'.