So there I was talking to a neighbour and the Situationists came up in the conversation, and he says to me I think I've got some of their stuff up in the attic that I got when I was doing house clearance (he being somebody who over the years has dipped in an out of the world of art/labour.) Not going to tell you where he lives because he'll be getting a load of radical theory pimps breaking into his house and flogging his worldly goods for ludicrous prices online.

Next day he comes round and lends me this, Pour la Forme by Asger Jorn, published by  the Situationist International in 1958. 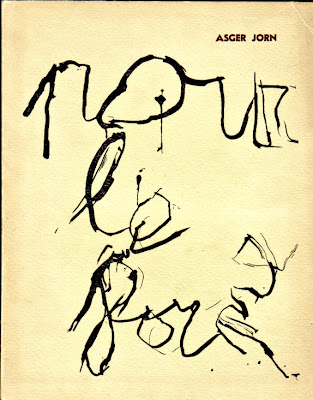 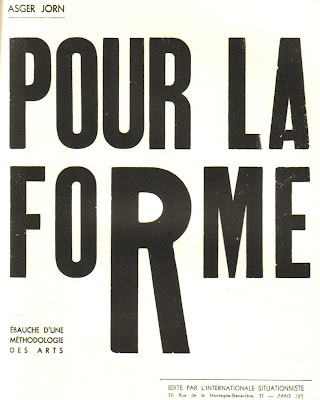 A signed copy no less: 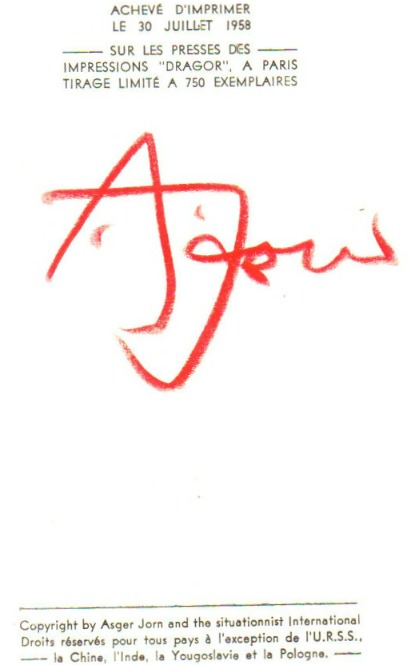 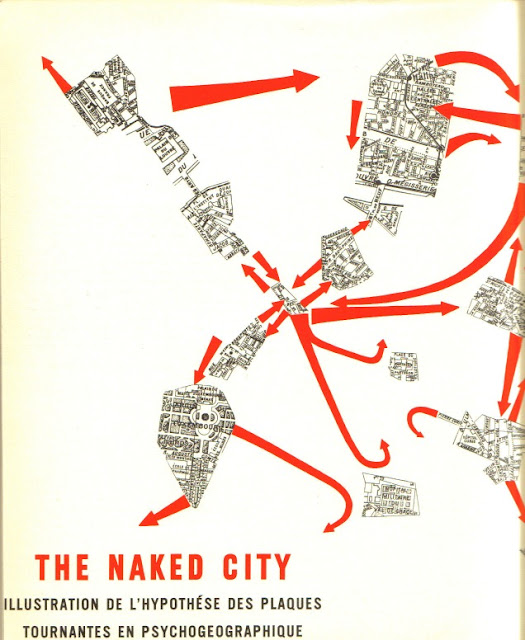 Asger Jorn (1914-1973) was a Danish radical artist and founder member of the Situationist International. Some of the texts  from Pour La Forme have recently been translated into English by Ken Knabb:

Automation and the Leisure Society

Jorn's essay on The Situationists and Automation is interesting. On the one  hand it shows how much the SI were a product of their time - like mainstream sociologists in that period they took for granted that humanity was on the threshold of a leisure society in which automation had rendered most work unecessary. But Jorn has quite a nuanced view of the opportunities and dangers of this future.  He recognises the risk that 'the devaluation of all human goods to a level of “total neutrality” will be the inevitable consequence of a purely scientific development of socialism... contributing toward the adaptation of humanity to this bland and symmetrified future'.  He poses the question of whether automation 'opens up more interesting realms of experience than it closes. Depending on the outcome, we may arrive at a total degradation of human life or at the possibility of perpetually discovering new desires. But these new desires will not appear by themselves within the oppressive context of our world. There must be a collective action to detect, express and fulfill them'. That was what he saw as the Situationist project.

Well the leisure society promised in the 1950s and 1960s certainly hasn't materialised, with no jet packs and people seemingly working longer hours or unemployed with time on their hands but no material abundance to go with it. Was it a fantasy or is it something that is still on the horizon, a cyber-communist future enabled by some development beyond 3D printing that makes material goods as freely available as the internet has rendered digital goods? So far only science fiction writers like Iain M Banks (the 'Culture' novels) and Ken MacLeod seem to have seriously thought through what living in such a world might be like.
Posted by A2 at 7/22/2013 06:30:00 am 4 comments: