20 years ago - on 2 August 1997 - the second Summer Rites lesbian and gay free festival was held in Brixton's Brockwell Park. Coming just a few week after Pride, which had been held not far away in Clapham Common, the programme declared 'In no way is the event a rival to Pride but rather a compliment, an addition, a festival where London's lesbians and gays can have their own party'. The main organisers were Kim Lucas and Wayne Shires, the latter of whom also ran Substation South, recently opened as a gay club in Brighton Terrace in Brixton.

The first event took place a year earlier in Kennington Park. I don't remember too much about it apart from seeing Gina G - the Australian singer who sang for the UK at the 1996 Eurovision song contest in Oslo. But I did record in my diary:

'August 3rd 1996: Summer Rites in Kennington, a lesbian and gay free festival for London. Drum and bass in the Queer Nation tent, a mixture of pumping house and eurotrash in the Love Muscle tent, one minute it was hard trance and the next it was Gina G ('oo ah just a little bit') with paper confetti raining on the dancers to deflate any techno boy seriousness. The inevitable cheesy cover versions too, including a terrible/wonderful Oasis cover that sounded as if it was off the same production line as Berri’s sunshine after the rain. The DTPM tent was heaving, almost but not quite as frenzied as its effort with Trade at Pride' [I think there had been a DTPM/Trade tent at Pride shortly before]

The park also included some big dance tents put on by some of the main LGBT clubs at that time, including Love Muscle (regularly held at the Fridge in Brixton), DTPM (hard house night at The End), Popstarz (the gay indie club held at the Scala in Kings Cross), FIST and Queer Nation (the last two both at Substation South, the former a fetish/techno night and the latter known for its more soulful house and garage sounds).

From my diary: 'thousands were partying at Summer Rites. What the 'rite' was for wasn't entirely clear, but it later transpired that William Burroughs and Fela Kuti died on the same day, so we could call it a farewell rite for them. We toured around the various tents dancing to the different sounds. In the Popstarz tent they played Blur 'Song 2'... but we left on hearing the dreadful Meredith Brooks 'I'm a bitch, I'm a lover' dirge. The DTPM tent was big and busy with housey beats, Love Muscle was a cheesefest, but we spent most time in the FIST tent where pumpin' techno was the music of choise'. The programme lists the FIST DJs aas Smalls, Graham D, EJ Doubell and Karim.

We had our young kids with us, aged 10 months and five, the former dancing on our shoulders, the latter 'fascinated by the scantily clad podium dancers - a toplesss woman with netting over her face and a man in a minute metal kilt. 'Why are they showing their bottoms?' he asked'.

The Dance Floor is Packed with Stories

'Feels and Flows' by Paul Maheke at Tate Britain in London is essentially a recreation of aspects of a nightclub space within the gallery, developed in response to the Queer British Art (1861-1967
exhibition currently installed there:

'What does it mean to queer? How might we occupy a space and queer what surrounds us with dance and music? What about this is political? Artist Paul Maheke invites you to take your place on the dancefloor and experiment with movement and fluidity. Gathering together different elements from the dance club like sound, light and moving image, you and your family are invited to hang out, move, chat and explore different ways to turn the Learning Gallery into a space for queer celebration'. 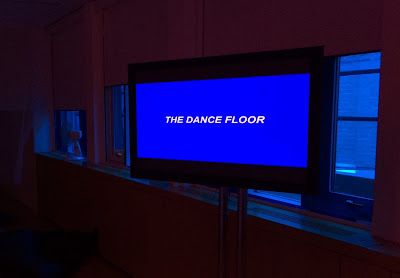 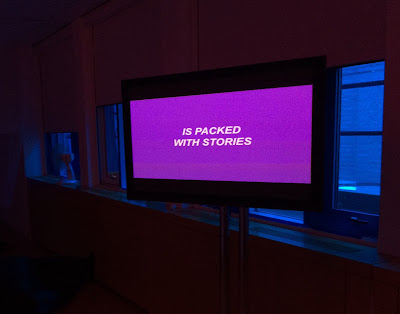 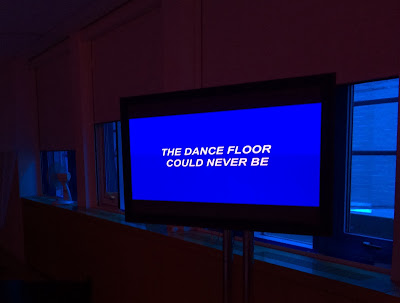 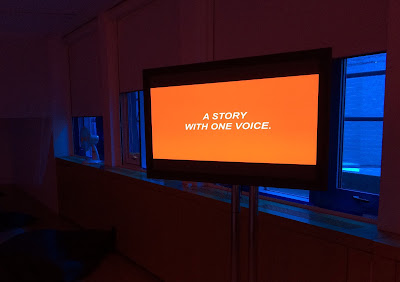 On to the 3rd September 2017, free admission.
(you have to pay to view Queer British Art exhibition thouugh- it's worth it)