Revolt of the Ravers: The Movement Against the Criminal Justice Act, 1994

Twenty years ago, on 9 October 1994, a huge demonstration against the Government's Criminal Justice Act ended in London's Hyde Park with riotous clashes, police horses charging, and people dancing to sound systems. The Act brought in new police powers against raves, squatters, protestors, travellers and others, and was passed amidst widespread opposition.

This event will include memories of this movement, its ways of organising and representing itself and will feature displays of its ‘material culture’ such as zines, flyers, cassettes and letters.

There will also be a panel discussion looking at the related radical/techno zines of the 1990s, in what was one of the last musical and social movements mediated primarily through print rather than digitally.

The talks and discussion will be followed by films and music from the period.

It is hoped that the day will be a catalyst for a process of archiving, circulating and discussing materials from the radical social/musical movements of the 1990s.

Supported by MayDay Rooms, Datacide magazine, Cesura//Acceso journal, History is Made at Night.

My Datacide article on this subject is here. If you were involved in the anti-CJA movement come along and contribute - we would be particularly interested in hearing from Michelle Poole from Advance Party or Debbie Staunton from United Systems, get in touch if you're out there! (transpontine@btinternet.com) Of course if you weren't there, or maybe weren't even born, come along  anyway and find out more.
Posted by . at 9/15/2014 07:45:00 pm No comments: 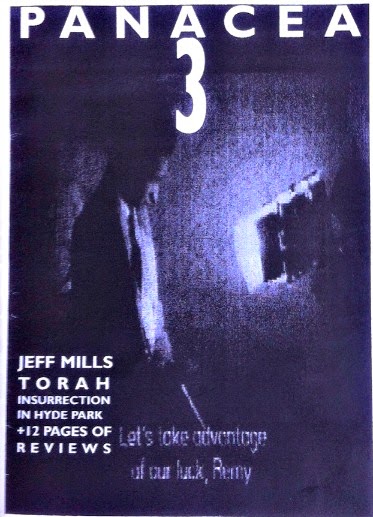 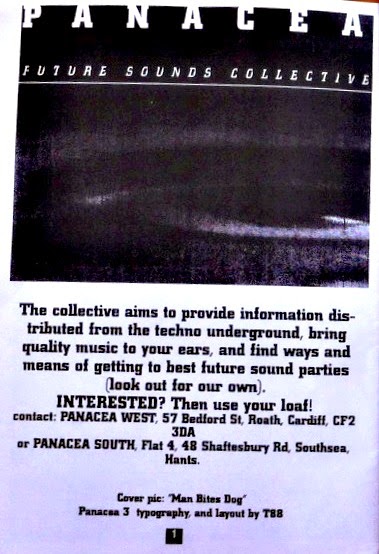 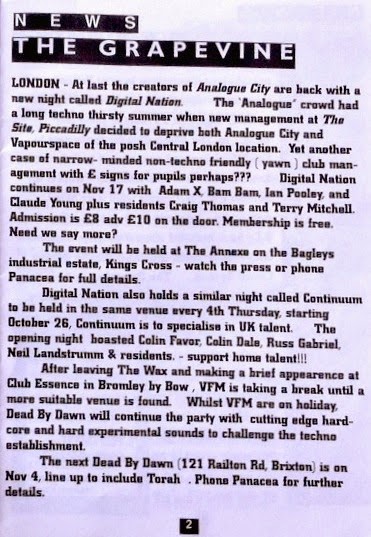 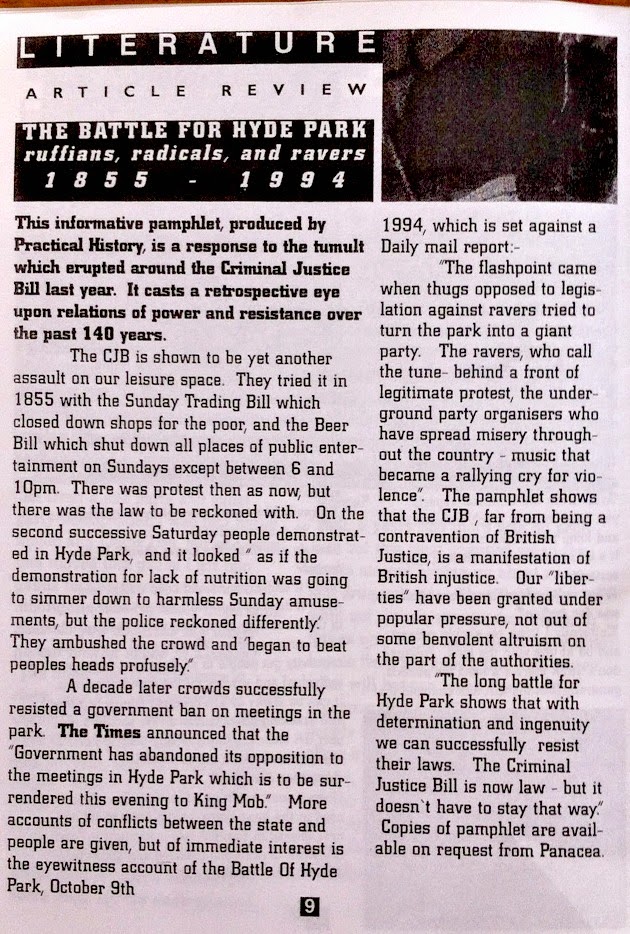 With Datacide magazine we are planning an event at the May Day Rooms in Fleet Street, London,  on October 19th 2014 looking at the anti-CJA movement and also featuring a panel discussion on the radical/techno zine scene at that time. Put the date in your diary, it will start at 2 pm and carry on into the evening with films and music (further details here soon).  We would be interested in hearing from people involved in that movement/demonstration, if anyone from Panacea is out there (Arlene/Sian?) get in touch as we'd like to have you there too!
Posted by . at 9/13/2014 09:01:00 pm No comments: