Disco isn’t dead. It has gone to war (Tony Cokes)

If UR Reading This It’s 2 Late: Vol 1 at Goldsmiths Centre for Contemporary Art was the first UK solo exhibition of US-based artist Tony Cokes, who explores the politics of music through text based video pieces.

Evil.16 (Torture.Musik) (2009-11) is based on ‘a text by Moustafa Bayoumi titled ‘Disco Inferno’ which appeared in The Nation (26 December 2005). The text discusses the use of music blasted at high volume as a method of torturing detainees in Guantanamo and Abu Ghraib. Tracks by Britney Spears, David Gray’s ‘Babylon’, and Metallica were used in rooms referred to as ’The Disco’, weaponizing popular music to traumatise’ (GCCA). 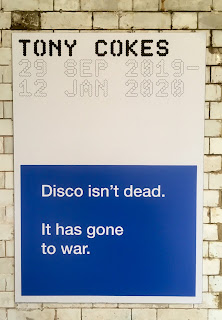 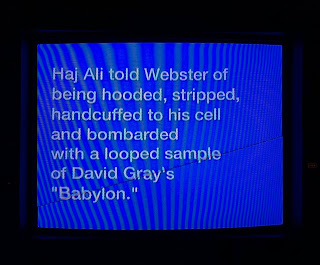 The title of new work ‘The Morrissey Problem’ is self explanatory: 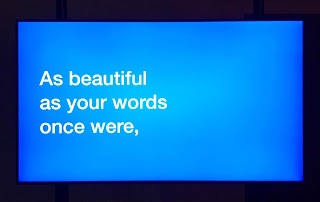 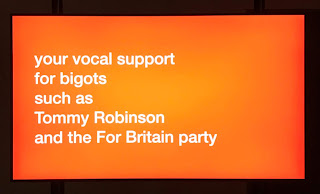 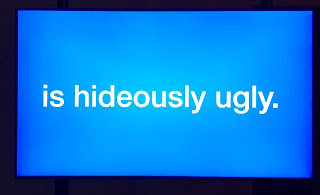