"Within the crowd there is equality. This is absolute and indisputable and never questioned by the crowd itself. It is of fundamental importance and one might even define a crowd as a state of absolute equality. A head is a head, an arm is an arm, and differences between individual heads and arms are irrelevant. It is for the sake of this equality that people become a crowd and they tend to overlook anything which might de­tract from it. All demands for justice and all theories of equal­ity ultimately derive their energy from the actual experience of equality familiar to anyone who has been part of a crowd" (Elias Canetti, Crowds and Power, 1960). 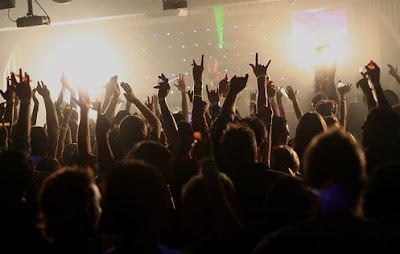 Photo of crowd at Winter Enchanted 2006 (Adelaide) in front of DJ Alex Kidd by Sweet Unncertainty at Flickr.

Posted by Transpontine at 9:32 am