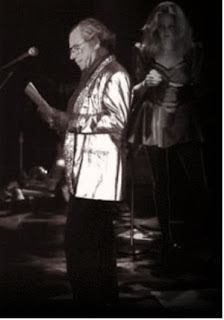 'Being against war, telling stories, singing in the shower - these are the signs of a pleasant disposition'
(Jean Baudrillard, Fragments: cool memories III, 1991-95: London, Verso, 1997).

Baudrillard's died yesterday - if this isn't used as his epitath can somebody put it on my gravestone? Two JBs dead within three months - Jean Baudrillard and James Brown, that would be an interesting party.
Posted by Transpontine at 8:23 pm