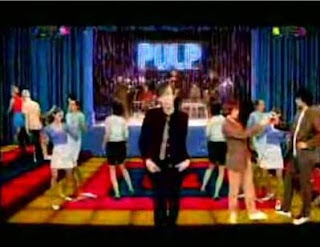 Clubbers at a London venue where Pulp filmed their Common People video (pictured) have launched a campaign to save it from being demolished and replaced with a block of flats. Developers have applied for permission to knock down Stepney Nightclub, which has also been used by Justin Timberlake, Amy Winehouse, and Nick Cave for photo and video shoots.The east London club, which features an original 70s illuminated disco floor, would be replaced with a five-story building of one and two-bedroom flats. There are also concerns that the development could damage the character of the pub the club is attached to, the 350-year-old George Tavern – a listed building.
Deborah Coughlin, who works in the George said: “There are probably more artists per square metre in the East End than anywhere else in the country, and there are so few places to perform, it’s such a shame to lose one. The club epitomises 70s glamour – it’s full of leather and mirrors as well as the amazing light-up floor. It has an awful lot of history.” Swan Housing, the developers who paid almost £1m for the nightclub last summer, have submitted plans to Tower Hamlets Council to replace it with flats. A petition has been launched to save the building.
Posted by Transpontine at 10:43 pm

Residents Action Group Exmouth RAGE is documenting a lack of day to day maintenance on the adjoining Exmouth Estate. Swan Housing already has more flats than they can properly maintain - stop the development!

The Exmouth Leaseholders Group (ELG) claims to represent over 100 leaseholders from the adjoining Exmouth Estate.

The ELG now represents almost HALF of all Exmouth Estate leaseholders.