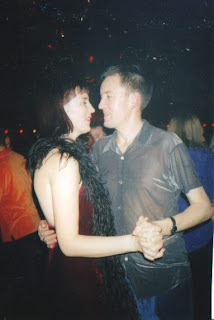 "Pleasure creates life. We do not want forced, guilt-ridden pleasures anymore. We want no more pleasures severed from total sexuality, pleasures cut off from the omnipresent body of the will to live. Amorous embrace is eternal witness to life, in it distance and time are abolished, and because of it, because intense measures push the barriers set up against them steadily back, because we are returning to the common spring, to the fundamental unity of life, we hold as absolute certain that making primal utterly free activity [gratuite] dispenses forever with governing and being governed, punishing and being punished, violating and being violated, judging and being judged. In one single movement it abolishes the dialectics of death which rule over survival".