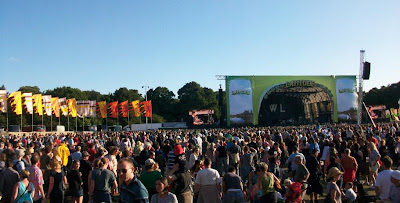 I spent last weekend at the Latitude festival, near Southwold in Suffolk. Musical highlights included Emmy the Great's sweet songs about (near?) unplanned pregnancy and fatal car crashes, dancing to Camera Obscura's Hey Lloyd I'm ready to be heartbroken, an answer song twenty years after Lloyd Cole first posed the question; and most especially The Pet Shop Boys. 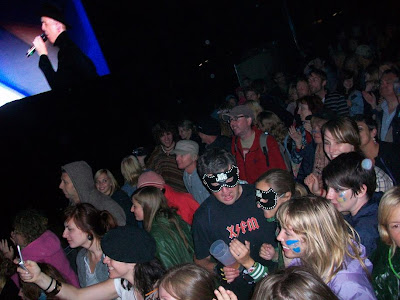 Their's was an all singing, dancing , costume changing performance - complete with Gilbert and George style background movies, acrobatics and construction workers moving the set around. At one point Neil Tennant left the stage in a dinner jacket after a few subdued ballads like Jealousy then marched back out in a crown and robe for a mash up of Domino Dancing and a Hi-NRG cover of Coldplay's Viva La Vida, all followed up with encores of West End Girls and Being Boring (which always make me cry). Certainly made a change from watching blokes with guitars.
I also took in Ladyhawke, Regina Spektor, Lykke Li, Pretenders, White Lies, Airborne Toxic Event, Doves, Patrick Wolf, Squeeze, Little Boots and Mika - to say I actually saw all of these would be an exaggeration, the last three were in crowded marquees where listening from the edge was as close as we could get. There would have been some more but we got fed up of the rain on the third day and left early.

Latitude has a wider arts festival shtick, with film and literature as well as music but I didn't have time for too much of that. There were also fairy tale movies in the woods, ballet dancers by the lake... 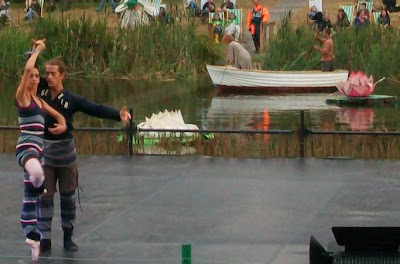 ...the Disco Shed (basically decks in a shed, people dancing outside)... 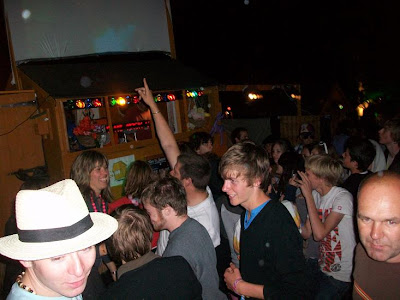 ... and everywhere the english summer sunshine and showers outfit of shorts and wellies, with occasional fancy dress flourishes (a group of blue painted smurfs wandering through the crowd for instance). Oh and the inevitable Michael Jackson memorial in the woods. 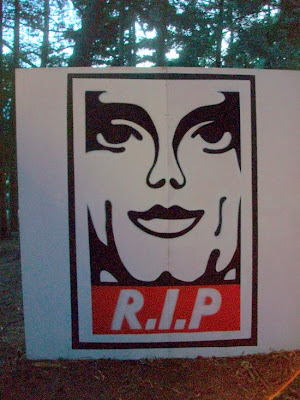 Posted by Transpontine at 7:33 am