Bobby Sands & The Rhythm of Time 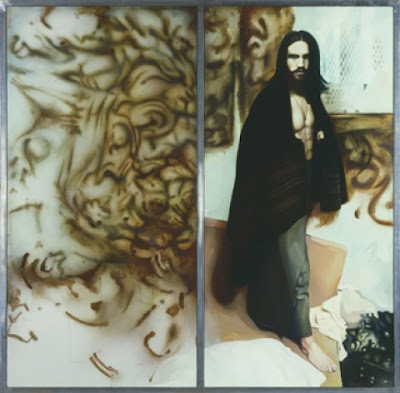 I've been meaning to post for a while on the Irish hunger strike in 1981, an event that had a big impact on me when I was growing up. 30 years ago the hunger strike was in its final weeks - Mickey Devine had been the tenth and last to die on 20 August, and the protest came to an end on 3 October. One thing that makes it hard to write about, at least for me, is that it is hardly ever mentioned in Britain now - even in leftist/anarchist circles. Most people who weren't around at the time are thus unware of what it was all about or the context in which it took place. To try and explain all that is beyond me right now, let alone to convey the feeling of living through these times.

One observation I will make for now is that contrary to the often unengaged nature of art in Britain, the art world is one of the few places where the memory of the hunger strike has lingered, albeit in only a few places. I was reminded of that recently when I saw Richard Hamilton's The Citizen in Tate Britain [top], a painting depicting Bobby Sands (the first hunger striker to die). I was reminded of that again when reflecting on this week's death of Hamilton. His partner Rita Donagh also produced work referencing the H-Blocks, the prison blocks where the protest took place [Single Cell Block, 1982,below]. 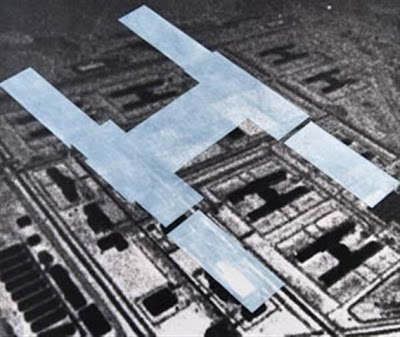 I also recently watched Steve McQueen's film Hunger, an outstanding meditation on the events with Michael Fassbender playing the part of Sands. It is very evocative of the time, the sound of prison officers' truncheons banging out a rhythm on riot shields (and on the flesh of prisoners) echoed by the sound of dustbin lids being banged on the streets outside by the prisoners' supporters. And the chilling sound of Thatcher's voice...

Of course Bobby Sands was a writer himself, penning the lyrics to Back Home in Derry - most famously recorded by Christy Moore.

Sands' poem The Rhythm of Time mentions, among other things, Wat Tyler, Wounded Knee and Spartacus. I like this version of it set to music by Hot Ash:

Posted by Transpontine at 9:04 pm

Great poem from one of Ireland's greatest heroes.