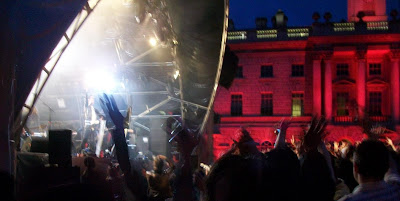 It was all hands in the air at Somerset House last week (20 July) for Calvin Harris, inciting a Monday night outdoor crowd to jump around: 'London.... are you ready to go off?'. 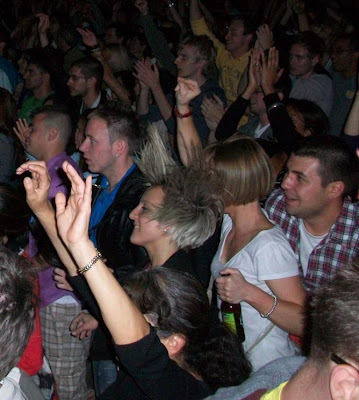 I know Calvin Harris is everywhere with his electro-dance-pop, but what's not to like? He played Acceptable in the 80s, I Created Disco (complete with its fake sample suggesting that disco was created in some post-WW2 laboratory experiment) and new melancholic/euphoric anthem I'm not Alone. No Dance Wiv Me unfortunately in the absence of Dizzee Rascal. 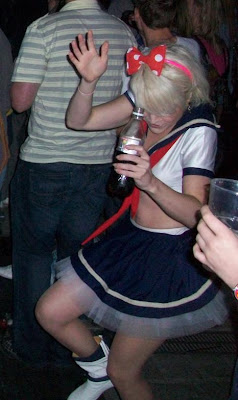 The Evening Standard review of the gig wasn't far off in comparing it to KLF's Stadium House, he chucks all of dance music history into the blender - I'm Not Alone for instance has a bit of a Strings of Life flavour at one point. 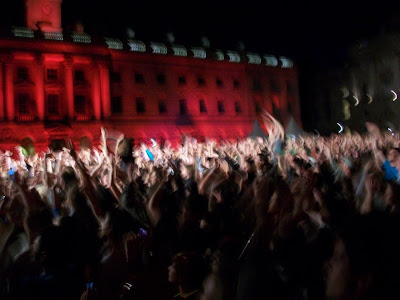 Support was Mr Hudson, currently going Supernova with a bit of help from Kanye West (inevitably Calvin Harris has remixed it).

Posted by Transpontine at 10:07 am