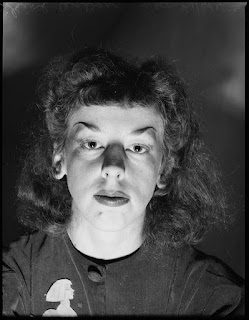 Getting in the Halloween zone, I watched 'The Witch of Kings Cross' (2020)- a fascinating documentary about New Zealand born artist and occultist Rosaleen Norton (1917-1979) who scandalised Australia in the 1950s. Her erotic/esoteric paintings led to prosecution and the destruction of some of her work, and newspapers published sensationalist accounts of her supposed involvement in 'black magic and sex orgies'.
I'm always amazed by figures like this who bravely lived a 'counter-cultural' life decades before there was such thing as mass counter culture. Pursuing a life of queer sex, magic and drugs in the face of overwhelming repressive conformity was dangerous - no wonder they felt they needed to invoke the powers of gods like Pan against the world that confronted them.  This was an age in which social ruin awaited 'deviants', as for instance the composer and conductor  of the Sydney Symphony Orchestra Eugène Goossens (1893-1962) found when his bisexual relationship with Norton and the poet Gavin Greenlees was exposed.  50 years later, hundreds of thousands of people were parading every year down the same streets in the Sydney Gay and Lesbian Mardi Gras- but maybe in their own ways it was people like Norton's circle who helped open a space for this.

'In the spiral horns of the Ram,

In the deep ascent of midnight,

In the dance of atoms weaving the planes of matter is Life.

Life spins on the dream of a planet,

Life leaps in the lithe precision of the cat,

Life flames in the thousandth Name,

Life laughs in the thing that is ‘I’.

I live in the green blood of the forest,

I live in the white fire of Powers,

I live in the scarlet blossom of Magic,

(Dance of Life by Roslaeen Norton) 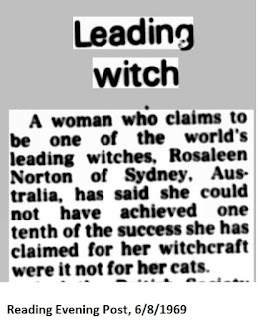 Posted by Transpontine at 10:50 pm