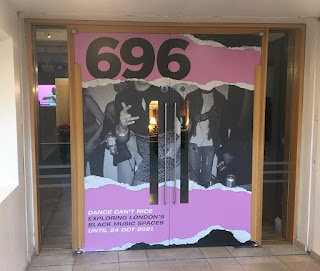 In '696 - Dance Can't Nice' at South London's Horniman Museum,  the artist Naeem Dxvis explores London's Black music spaces with an installation recreating four kinds of spaces - a church, a 1970s front room, a barber's shop and a late 1990s teenage bedroom.
The focus on more private/domestic spaces is in itself a reflection that Black musics and Black people have often been excuded from public music venues and clubs, down to the Metropolitan Police's Form 696 which discouraged grime nights. 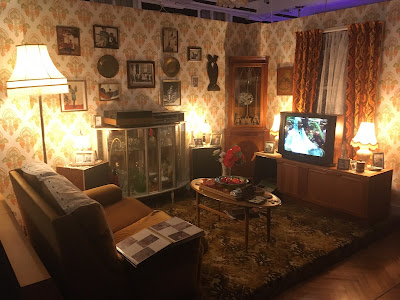 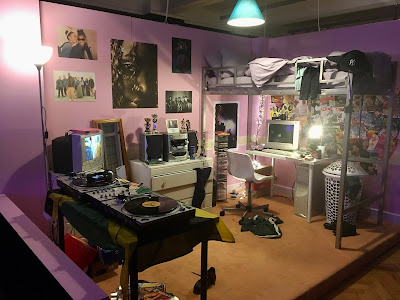 'Bedroom - A place that encapsulates the bedroom DJ culture that birthed grime, garage and drum n bass... it has served as a recording studio, a rehearsal and conference room, as radio station and sometimes even the club. Bedrooms like this are also spaces for young people who don't have safe space to perform or showcase their work'
' 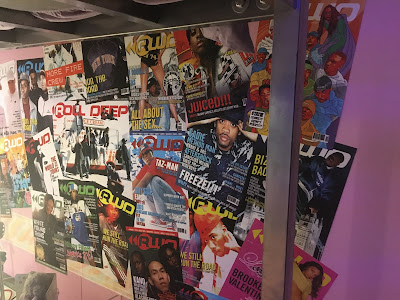 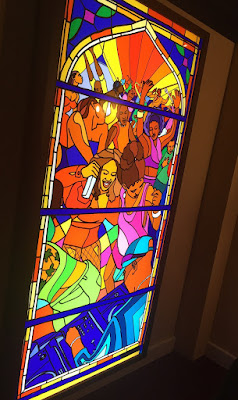 'I want to evoke a sense of nostalgia and create value for the forgotten. I want to honour our spaces... Each space replicates the imagined and lived utopias of club culture as sanctuary and the everyday domestic and social spaces that infuse the foundation of Black British music' (Naeem Dxvis)
The title of the exhibition comes from a line in General Levy's Incredible ('Dance cyan nice unless we name pon de bill').
Posted by Transpontine at 2:56 pm