'Freedom of Movement': Anti Fascist Action on the dancefloor 1993

One way or another music was at the heart of the movement against racism and the far right in the UK in the early 1990s. Some of the heaviest confrontations, notably the fighting at Waterloo station in 1992, arose out of mobilisations against planned gigs by bands in the neo-nazi 'Blood and Honour' music scene. Meanwhile Anti Fascist Action (AFA), the most militant of the opposing groups, had its own Cable Street Beat musical arm and put on gigs and festivals.
A rare explicit intervention into dance music was 'Freedom of Movement', launched in 1993 by Manchester AFA and sympathetic DJs associated with Manchester clubs.
The aim was 'to raise awareness of fascism and encourage people at least to identify with the anti-fascist cause and get active'. The title 'arose out of the idea that the largely unpolitical dance club scene is one where black and white, and gay and straight people mix and enjoy themselves together... Under the divisive hate politics of fascism, such a vibrant and multiracial scene could not exist'.
Freedom of Movement put on a number of benefit club nights, including at Home in Manchester and the Venue, Edinburgh in December 1993, with sets from Justin Robertson, Norman Jay, Luvdup and, Flesh DJs. 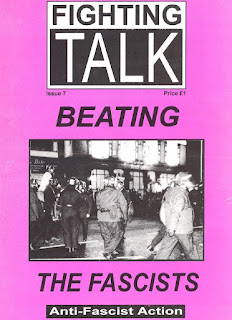 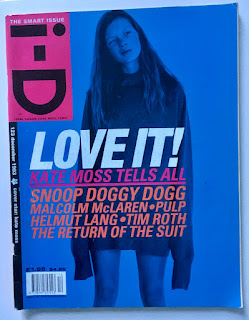 Posted by Transpontine at 8:20 am