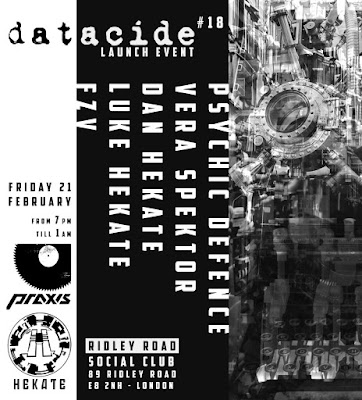 This Friday 21 February sees the London launch event for Datacide magazine, issue number 18. The event at Ridley Road Social Club E8 starts at 7 pm with some talks including one from me on the anti-poll tax movement (see poll tax posts here for a flavour of this). Afterwards Praxis and Hekate present DJ and live sets. £5 entry.  Full line up - 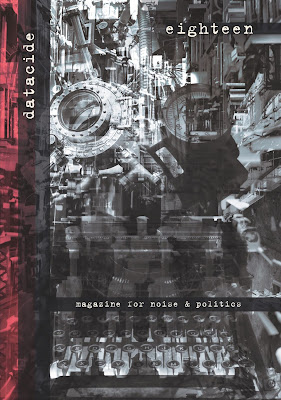 The new issue of Datacide, the magazine for noise and politics is out now and includes my article on Trump and occultism. Full contents:


Neil Transpontine: A Fascist Tulpa in the White House? – Right-wing ‘Meme Magic’ and the Rise of Trump


Frankenstein, or the 8-Bit Prometheus – Micro-literature, hyper-mashup, Sonic Belligeranza records 17th anniversary by Riccardo Balli
Dale Street: Lions Led by Jackals – Stalinism in the International Brigade, by Christoph Fringeli
Christoph Fringeli: No borders, no fatherland! France – What’s New for the Left?
Activities since last issue
Lives and Times of Bloor Schleppy
graphics and illustrations by dybbuk, lesekill, Darkam, Sansculotte
The physical zine is a fine thing - you can order it here or come along on Friday and buy one!

Posted by Transpontine at 10:00 pm