Sad to hear that Freedom Bookshop in Whitechapel High Street was damaged last night in an apparent arson attack. The anarchist centre in Angel Alley has been a fixture of radical London life for decades - Freedom Press dates back to the 1880s, and I believe the current centre to the late 1930s. The place has been reinvigorated in the past few years as a base for various groups such as the Advisory Service for Squatters, and the scene of various social and cultural events under the banner of the Autonomy Club.

Last time I was there was back in September 2012 for an event during their William Blake: Visionary Anarchist exhibition, featuring shamanic poetry from John Constable and music (photos below). 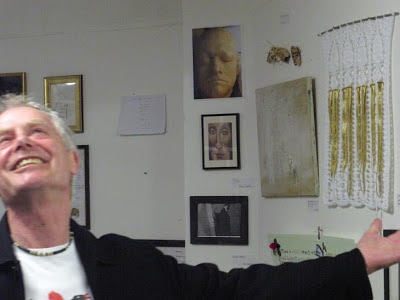 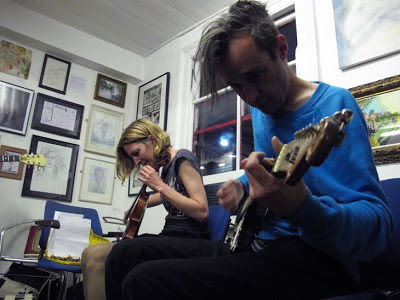 It seems that most of the damage last night was to the ground floor bookshop space, though I can see a stack of Kropotkin's Mutual Aid undamaged there on the right. Some things are indestrucible! 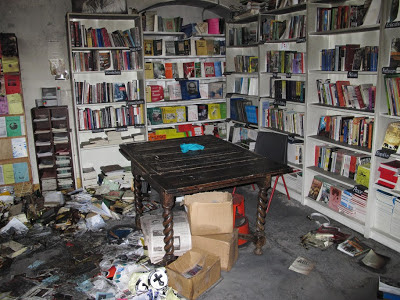 Back in 1993 there was an arson attack on Freedom, the culmination of a campaign of fascist intimidation linked to wannabe paramilitaries Combat 18. Suspicion is that similar motivations were behind last night's incident.

People are invited to come down and help clear up tomorrow (Saturday) from 1 pm, and donations are also welcomed - details here. 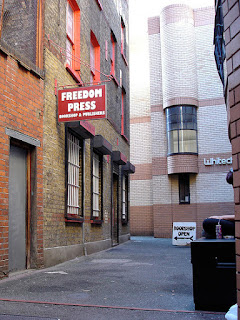 Posted by Transpontine at 10:28 pm