Geraldine Hoff Doyle: death of a Rosie the Riveter

Geraldine Hoff Doyle (pictured) died in Lansing, Michigan on December 26th at the age of 86. Nearly 70 years ago she was working as a 17 year old in a metal pressing plant during World War Two. A photograph taken of her was used by the artist J. Howard Miller as the basis for an American war effort poster issued in 1942 by the Westinghouse Company’s War Production Coordinating Committee. 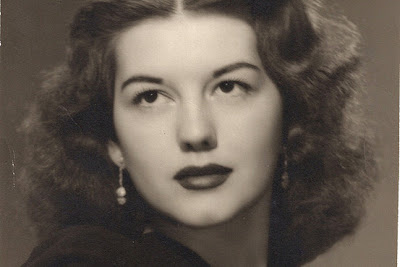 The We Can Do It poster subsequently became associated with Rosie the Riveter, the fictional character representing WW2 women factory workers in the US. It has also become a feminist icon, widely recycled in popular culture (see some examples at Jezebel). 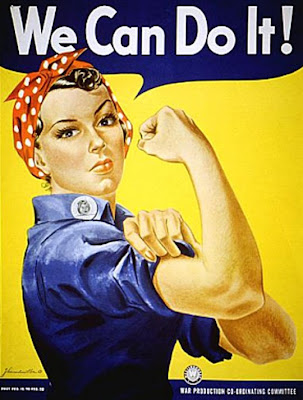 Interestingly, the history of the image isn't as straightforward as it seems. For a start, Doyle only worked in the factory for a couple of weeks. And the poster itself had a very limited local distribution during the war - seemingly hardly anyone saw it. It wasn't until the 1970s and 80s that the poster was rediscovered and became an icon of 'Rosie the Riveter'. Doyle herself was seemingly unaware of the poster's existence until then (see excellent post at Pop History Dig). But none of that detracts from its enduring power. In recent years for instance, Christina Aguilera (Candyman), Pink (Raise your glass) and Beyonce (Why don't you love me?)have all recycled versions of this image: 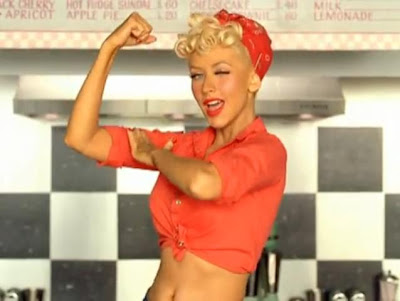 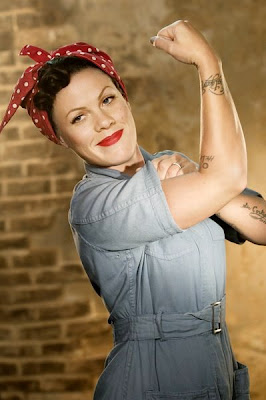 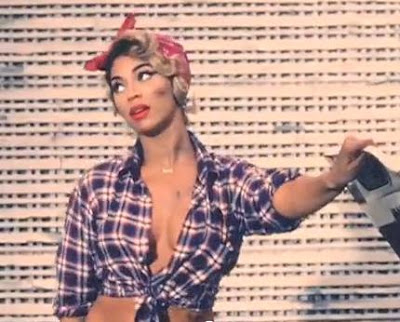 Rosie the Riveter was originally named in a 1942 song, with various versions recorded including this one by the Four Vagabonds:


Posted by Transpontine at 9:46 am