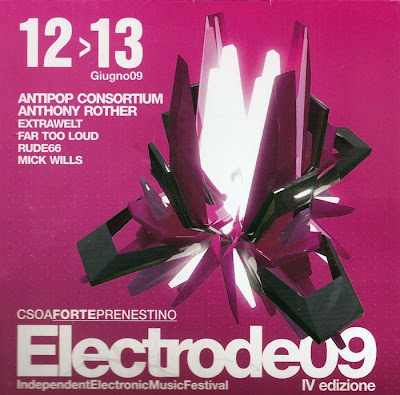 Looking through some pictures I realized that I never got round to posting on my trip to Rome last year to take part in Electrode09 - Independent Electronic Music Festival. As it was one of the highlights for me of the last year, I do want to document it. So hot off the press and nearly a year late (it took place on 12-13 June 2009) here's my report. 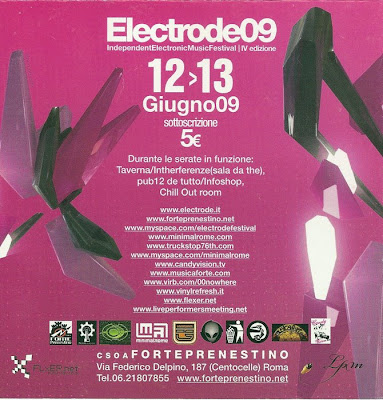 (flyer - click to enlarge).
The venue was the very impressive Forte Prenestino Occupied Social Centre, a former military base left abandoned until it was squatted in 1986 (bit of history here). It's a huge site, with two big outdoor arenas, and lots of rooms coming off various tunnels seemingly built into a hillside. The food and drink were excellent - unlike in any squat I have been to in in the UK, there was a selection of very nice wine! (in fact the venue has hosted whole Critical Wine events). 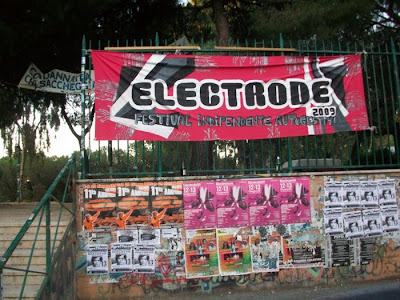 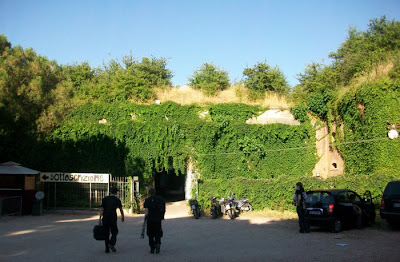 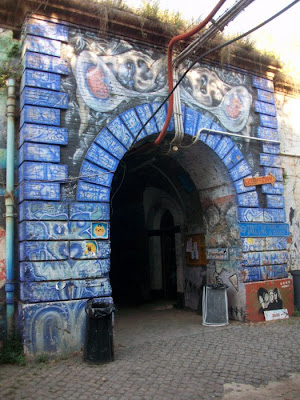 The scene before the party started: 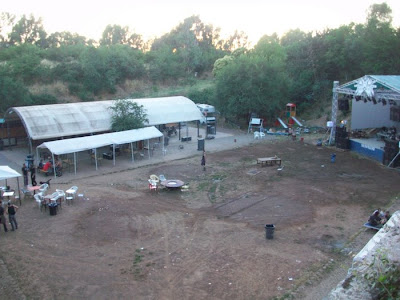 My contribution was to take part in a panel of Datacide magazine contributors talking on aspects of 'Cultura Elettronica e Controcultura', based on the similar event held in Berlin in Autumn 2008. As usual at these kinds of events, most people don't turn up until late for the music so it was a more select audience for the talks, but still worth doing. Christoph Fringeli talked on Hedonism and Revolution, Hans Christian Psaar on Kindertotenlieder for rave culture, and Alexis Wolton on Tortuga towerblocks: pirate signals in the 90s (yes, the Nightingale Estate in Hackney was mentioned in the city of the Tiber). My talk developed ideas from my article on dance music history I wrote for Datacide, but looking more specifically at the Hardcore Continuum debate and some its deeper historical roots (will post the talk sometime). 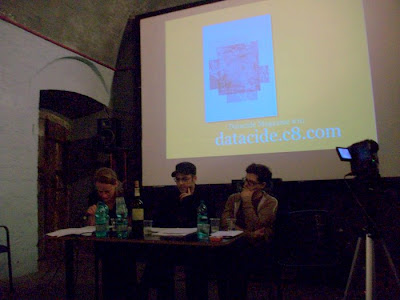 The music was mainly on a techno/minimal tip, it was OK but for my taste there were too many live sets consisting of a bloke fiddling around with a lap top and twiddling nobs, though Antipop Consortium at least had some presence. Personally unless there's something to see or the music's really good, I would generally rather have a no nonsense DJ set. 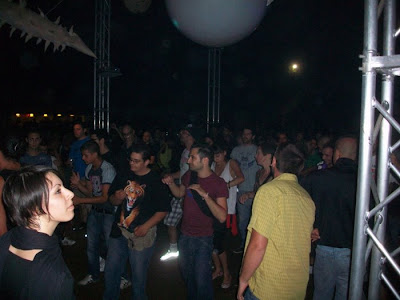 We were reliably informed by our London in exile translator that there was another squat where happy hardcore was to be had, and she was about to promote Rome's first UK Funky night. As it was, the only bit of that which got aired over the weekend was when I played a bit of Perempay with Maxwell D from the stage, in order to illustrate the convergence of reggae MC, soca and disco/house strands with their respective social histories of carnival and contestation. Or something.
Anyway I had a dance obviously, seem to remember bouncing up and down to some Thomas Heckmann. 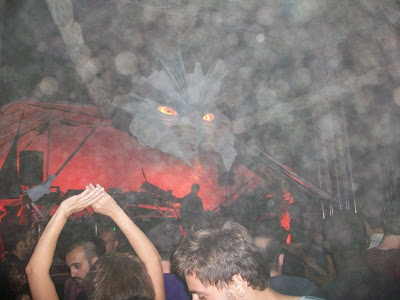 Electrode2010 is taking place soon at the same venue (June 11-12), so if you're in that part of the world you might want to check it out.
Posted by Transpontine at 6:00 am