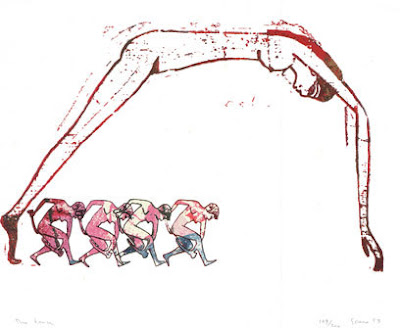 'Ms. Spero was active in the Art Workers Coalition, and in 1969 she joined the splinter group Women Artists in Revolution (WAR), which organized protests against sexist and racist policies in New York City museums. In 1972, she was a founding member of A.I.R. Gallery, the all-women cooperative, originally in SoHo, now in the Dumbo section of Brooklyn. And in the mid-1970s she resolved to focus her art exclusively on images of women, as participants in history and as symbols in art, literature and myth.

On horizontal scrolls made from glued sheets of paper, she assembled a multicultural lexicon of figures from ancient Egypt, Greece and India to pre-Christian Ireland to the contemporary world and set them out in non-linear narratives. Her 14-panel, 133-foot-long “Torture of Women” (1974-1976) joins figures from ancient art and words from Amnesty International reports on torture to illustrate institutional violence against women as a universal condition. Ms. Spero considered this her first explicitly feminist work. Many others followed, though over time she came to depict women less as victims and more often as heroic free agents dancing sensuously...' 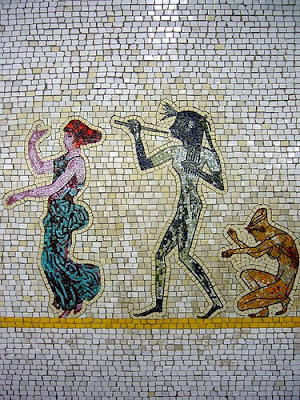 Anonymous said...
This comment has been removed by a blog administrator.
3 November 2009 at 06:35