Bruce Turner's painting 'Pavlova' is a remarkable early modernist image of a dancer in motion painted in around 1912. I saw it yesterday in Tate Britain, where it is currently on display. 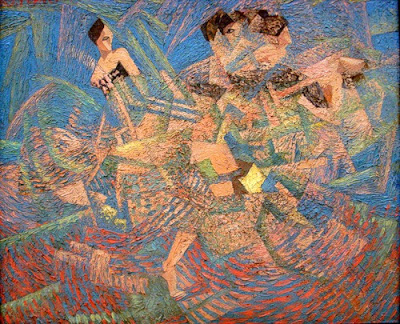 Don't know too much about Turner (1894-1963), but he was from Leeds and seemingly involved in the Leeds Art Club, an interesting avant garde grouping from before the First World War through which flowed various counter-currents including socialism, anarchism, spiritualism, suffragism and theosophy 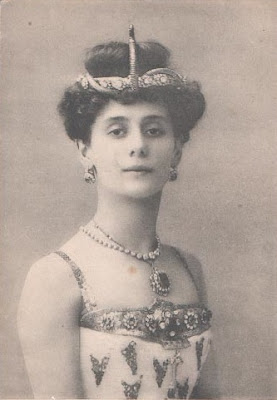 Anna Pavlova made her sensational first appearance in London in 1910, and performed at the Leeds Grand on 17 January 1912 advertised as the 'dancing revelation of the age' (see Leeds Play Bills). Maybe Turner was there.

Posted by Transpontine at 9:01 pm