End of The End

Central London club The End is closing in January 2009, 13 years after it opened in West Central Street and became one of the top places in town for electronic dance music in all its various shades. It seems that the owners just want to move on to other things in their lives and have received an unspecified lucrative offer for the premises... hopefully it will not simply be replaced by luxury flats or office space. 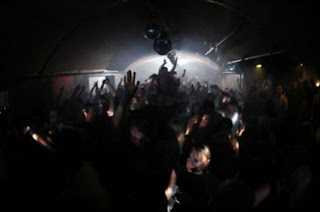 Clubs open and close all the time, still many are worrying that more seem to be closing than opening in London at the moment, and there certainly aren't many with the kind of serious sound system and broad electronica policy offered at The End. When the club opened in 1995, dance music was a license to print money and a mixture of gangsters, dealers and music biz entrepreneurs were opening up spaces all over the place. Few of these have survived, and with dance music returning to a niche love affair fewer are opening. The End was driven by music enthusiasts with founders including Mr C (DJ and sometime member of The Shamen), Layo Paskin (of Layo and Bushwacka DJ fame).

I remember going to the famous Sunday gay club DTPM in the early days of The End. Other club nights have included Trash (where Scissor Sisters played an early London gig), Twice as Nice (where footballer David Beckham once DJ'd - apparently he played Wookie's Battle) and Fatboy Slim's Skint- all this plus very long DJ sets from the likes of Laurent Garnier and Richie Hawtin.
See also Turnmills closes; Clubbing in Kings Cross: End of the Line
Posted by Transpontine at 6:46 pm