Dead by Dawn: partying on the 'kinetic-sensory-pharmacological-sonic frontiers'

Friday night's Praxis Records party on the MS Stubnitz in London docklands was great, may write a bit more about it, but for now here's something about the label's early history and more specifically the mid-1990s Dead by Dawn parties at the 121 squat centre in Brixon (as discussed at this site before). These extracts are from 'Bread and (Rock) Circuses: sites of sonic conflict in London' by Alexei Monroe, published in 'Imagined Londons' edited by Pamela K. Gilbert (SUNY Press, 2002). 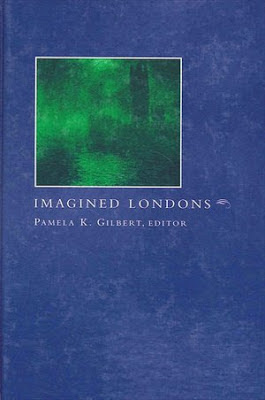 'Gabber and associated variants (stormcore, nordcore, hartcore, speedcore) all represent not just aesthetic extremism but a frantic search for an un-colonised sonic space that will prove resistant to commodification and appropriation. All are based on the testing and surpassing of kinetic-sensory-pharmacological-sonic frontiers and a reaction against ideological, economic, and stylistic taboos. At the center of this stylistic mayhem lay the Dead by Dawn nights at the 121 and the associated micro-scene centered on the Praxis label and the Alien Underground and Datacide magazines - the most comprehensive documentation of both local events and the international networks of underground parties and producers in France, Germany, the Netherlands, the Czech Republic, and beyond. The magazines are no less politicised than the information held at 121, reporting not just on the specific repression against illegal raves but on wider civil liberties issues and threats to freedom, discussing issues such as electronic surveillance, and the CIA's links to drug importation. Datacide in particular stresses solidarity against repression and has a loosely defined ideology based on communal values and the thought of Rosa Luxemburg and the Italian and German autonomist/squatter movements. Though not pessimistic and stressing the importance of cultural and political resistance, the tone of the reportage can be as apocalyptic as the sounds discussed on the extensive review pages. The works of Deleuze and Guattari, Hakim Bey, and others are a conspicuous presence, and the emphasis on theoretical activity and practical action stands in contrast to happy hardcore's pure escapism and distrust of complexity and innovation. The conceptual sophistication and political awareness of the writers, producers and those attending the events does not contradict so much as complement the music's emphasis on brutal sensuality that to the outsider seems nothing more than a soundtrack to the temporary obliteration of the self.

The 121 and the Dead by Dawn parties symbolize a twin process of stylistic and musical ghettoization, some of the most extreme sounds to have been heard in London playing to an audience of one or two hundred in an almost stereotypically bleak basement space. Though at one level it was indeed a ghetto space, anyone who attended an event at 121 will remember its unique atmosphere. In the small hours, for listeners slumped in armchairs on the ground floor surrounded by the blast of dystopic noise emerging from the basement space, the 121 could seem as hyperreal as anywhere, even without chemical enhancement. The incongruity of the location could actually feel the intensity, the awareness of being in a parallel space that was at least symbolically beyond the reach of daily commodification and oppression. The space served as a nexus of extreme sensory experience and had a unique atmposphere'.

Posted by Transpontine at 8:41 pm

Gutted I couldn't make it, but glad it was a good 'un!