History is Made at Night Sampler 1.0 - a zine for the bookfair

The London Anarchist Bookfair was a couple of weeks ago (October 27th to be precise) and to turn up without some printed matter to disseminate is a bit like going to a party and not taking any drink with you. So I put together a short paper zine collecting together some articles from this site, including material on Malcolm X, radio in the Portuguese revolution 1974, London's Club UK in the 1990s, and a round up of free parties and police from this year. 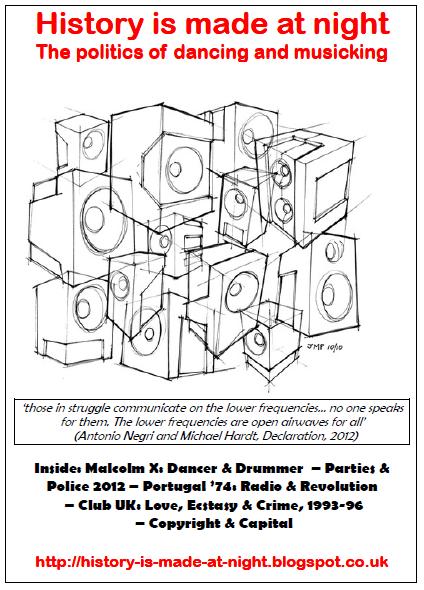 You can download History is Made at Night Sampler 1.0 here (12 pages A5)

At the Bookfair I helped on the Datacide stall, shifting copies of the essential new issue (detailed here previously). Also on the stall we had a few copies of John Eden's Tweetah reggae zine.  You may recall the great reggae/dubstep/grime zine Woofah. A lot of material was written for a final issue that never actually came out for various reasons, so John Eden has put out some of it in the one-off (?) Tweetah. There's a great interview with DJ David Rodigan among other things (you can order a copy at Uncarved) 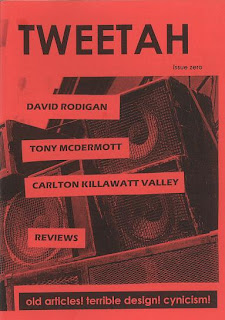 The Datacide stall was banished to a room of the bookfair off the main hall seemingly reserved for not-really-anarchists, an honorable category that also included Aufheben, Endnotes and, the Platypus Affiliated Society - all good and interesting folk, the latter a newish Marxist-Humanist current trying to explore 'possibilities for emancipatory struggle in the present' amidst what they see as the virtual extinction of the traditional left. Much of their activity seems to be the platypus debating with various dinosaurs of the American maoist and trotskyist left in an attempt to get them to evolve, a fruitless task. But there is some interesting critique and a clear influence of German radical thought from the Frankfurt School to 'Anti-National' currents. 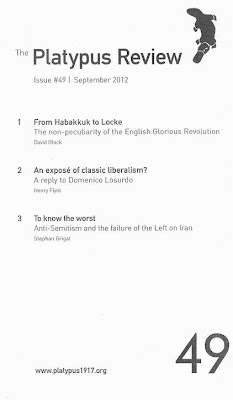 Continuing the small furry animal German radical left influenced theme I also picked up a copy of Kittens the 'Journal of the Wine and Cheese Appreciation Society of Greater London', a London based group linked to the mainly German network 'Junge Linke: gegen Kapital und Nation'. Again, an attempt to think through what a radical analysis of the present would look like without simply regurgitating leftist orthodoxy. An attempt, no less,  'to criticise those conditions which ensure that wine and cheese are not available to everyone and to criticise everyone who justifies this'. 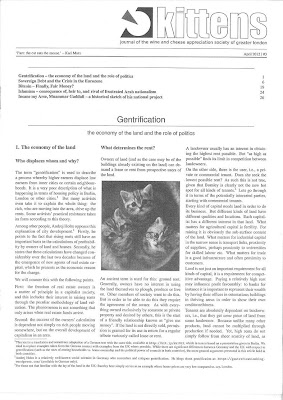 So my inner Marxist went away happy, but in the last couple of years there just hasn't been enough weird, counter-cultural  or plain unexpected stuff at the bookfair to satisfy my other side. It's been a while since I came across anything like Dreamflesh or Strange Attractor, or even that really cool Walter Benjamin book I picked up at a bargain price from the author at the bookfair ('Metaphysics of the Profane: The Political Theology of Walter Benjamin and Gershom Scholem' by Eric Jacobson). Come on all you zinesters and pamphleteers, you've got 12 months to get your act together for next year.
Posted by A2 at 6:00 am