Reggae producer Winston Riley died this week. Plainly not everybody liked him:

'Winston Riley, an innovative reggae musician and producer, has died of complications from a gunshot wound to the head. He was 65. Riley died Thursday at University Hospital of the West Indies, where he had been a patient since November, when he was shot at his house in an upscale neighborhood in the capital of Kingston, his son Kurt Riley said Friday. Riley also had been shot in August and was stabbed in September last year. His record store in Kingston’s downtown business district also was burned down several years ago. Police have said they know of no motives and have not arrested anyone'. 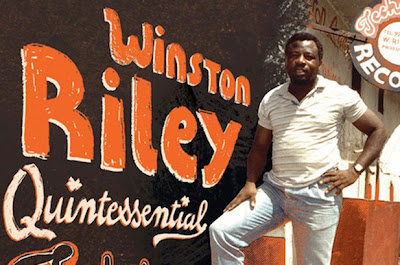 But you've got to love the man who produced this...

Riley's Stalag 17 Riddim has been used as the basis for these and countless other reggae, dancehall and indeed hip-hop tracks (see for instance list at Jamaican Riddim Directory). I believe the original Stalag 17 track, recorded by by Ansell Collins and produced by Riley, dates from 1973. Riley himself put out a compilation album of versions called Stalag 17, 18 and 19, and later there was a tribute album Stalag 20, 21 and 22.

An intriguing question is why the orginal instrumental track was called Stalag 17 in the first place. Clearly it took its name from the 1953 movie about US prisoners of war in a German camp during World War Two; the film in turn taking its name from a real POW camp at Krems in Austria.

I suspect that the name simply reflected the continuing importance of World War Two in popular culture in that period. In England, children in the 1960s and early 70s grew up on a never ending diet of war movies and no doubt it was similar in Jamaica, from where thousands of people had left to fight in the war. Other Jamaicans had travelled to work in US factories and farms during the war - incidentally some of them being detained in camps and punished for 'breaking contracts', a policy that led to a 1945 riot by 1,000 Jamaican and Bahamian workers in Camp Murphy in West Palm Beach, Florida.

Of course The Skatalites had previously covered the theme tune to another war movie, The Guns of Navarone, getting a UK hit in 1967. Later, in 1978, The Clash reworked the theme tune from Stalag 17 - Johnny Comes Marching Home - as English Civil War.

Anyway, there's a sweet irony in the name given by the Nazis to a prison camp being appropriated by people they would doubtless have regarded as 'racially inferior' for not just one track but a whole sub-genre of African Caribbean music. 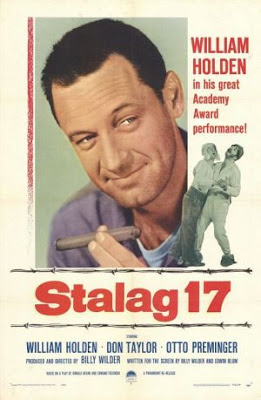 Fuck. I thought he'd died of natural causes. I also didnt know that the Orange St. shop had been burned down. thats an absolute tragedy. I was there in '07 and they had rows of 45 stacked shelves in the back with pretty much every techniques release there... i bought what i could at the time, but I always hoped to go back.