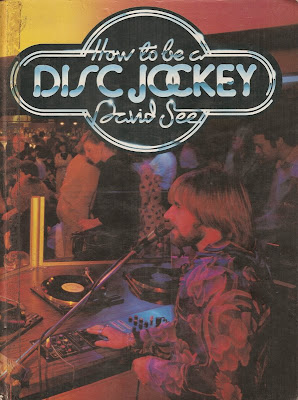 David See 'was a finalist in the Music Week National DJ '77 Championship' and writer for Disco International. In 1980, Hamlyn (London) published his A4 annual style book, How to be a Disc Jockey.

When I found this book (and I literally found it in the street in New Cross), my first thought was that it would be a barrel of retro laughs. And sure some it it is very of the time -such as the sections on 'To Talk or Not to Talk' and disco cabaret (seemingly some DJs were livening up their act by doing stunts and dressing up).

But some of the advice offered is timeless: 'Discotheques, whether in the club environment or portable, serve one basic purpose and that quite simply is entertainment in a place where girl can meet boy and boy can meet boy, etc. It is a participative environment, where the dancers are as much of the total atmosphere as any other factor, yet they are also the reason why the discotheque is there and why it survives. The public must not be forgotten, and it pays the disc jockey to remember that'. 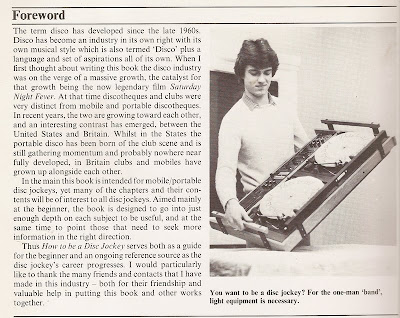 The author shows off his decks
The book is actually a fairly comprehensive guide to DJing pitched at the mobile operator travelling around with all the kit needed for a party in the back of a Ford Escort Estate. This DJ needed not only to know about cueing and BPM but also have an impressive knowledge of electronics, lighting, copyright law, insurance and much more besides. I'm not sure how many present day DJs would be able to explain Ohm's law in the way Dee does, or even fully understand a diagram like this: 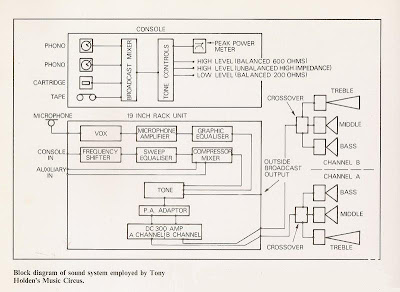 There is some interesting material on DJ politics at the time. In 1974, the South East Discotheque Association was formed 'to promote the profession and art of disc jockeying', while around the same time a short-lived National Association of Disc Jockeys was formed. Then came the launch of the Disc Jockey's Federation (GB) which at the time of publication had 800 members (the author estimates this was ony 1.6% of the total, which would mean there weree 50,000 DJs). But attempts to make the DJF something like a union for DJs were seemingly floundering. The Federation had turned down an offer from the National Association of Theatrical an Kinematographic Employees to absorb it into the union. And there was tension with some of 'Britain's leading funk and soul circuit disc jockeys who not feel that they need an association', a group known as 'the Funk Mafia' inclusing DJ Chris Hill.

The book features some good clubbing photos, all of them, including the cover shot, taken at Crocs Night Club, Rayleigh, Essex. Crocs Glamour Club, as it was also known (later the Pink Toothbrush) was an important Essex venue - and yes at one time it had a crocodile in a tank. In 1980 it hosted a regular 'Futurist night' where Depeche Mode (originally known as Composition of Sound) played their first gigs. It also hosted punk gigs (see Southend Punk Rock History) 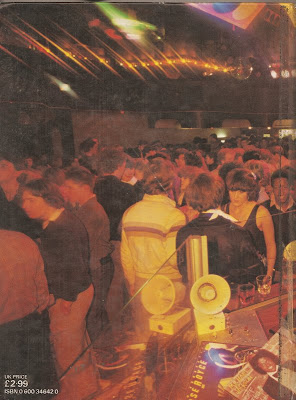 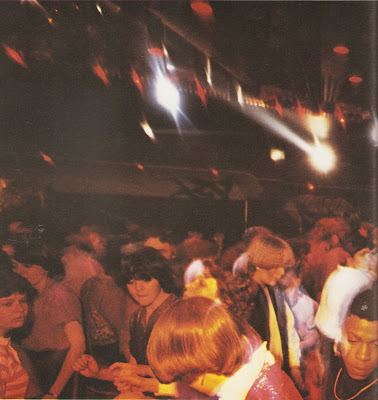 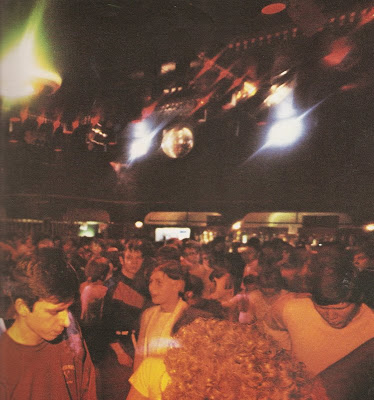 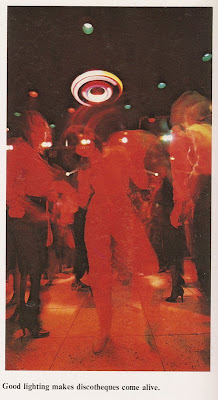 The DJ featured on the front of the book is seemingly Crocs DJ Don Lewis. Not sure what kind of music he played, but at the Southend Punk forum somebody says that ' Don Lewis turned me onto reggae in that place'.
Posted by Transpontine at 7:35 pm

Amazing. I used to go the Pink Toothbrush all the time in the 80s. Great club, was packed with people dancing to a mix of post punk / electronics, rockabilly and electro / proto-dance music. Happy memories...

Fantastic! I was given that book as a present in the early 80's, and from the moment i read it reinforced my passion to become a DJ.. 30 years on, and i'm still enjoying being a DJ.