William Scott is an Oakland, California based artist with an exhibition of his work at Studio Voltaire gallery in Clapham, South London. Outside the gallery on the corner of Clapham High Street there's Scott's billboard sized picture of 1990s R&B group En Vogue, who also started out in Oakland. 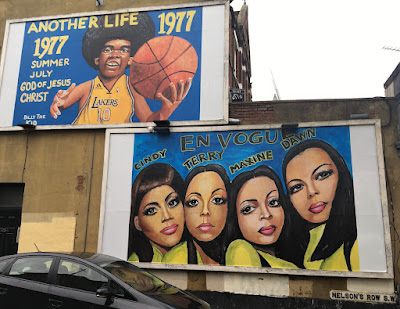 Scott's paintings have an afrofuturist and spiritual dimension with spaceships  ('Citizen Ships') of his imagined Skyline Friendly Organization bringing peace and indeed bringing the dead back to life. 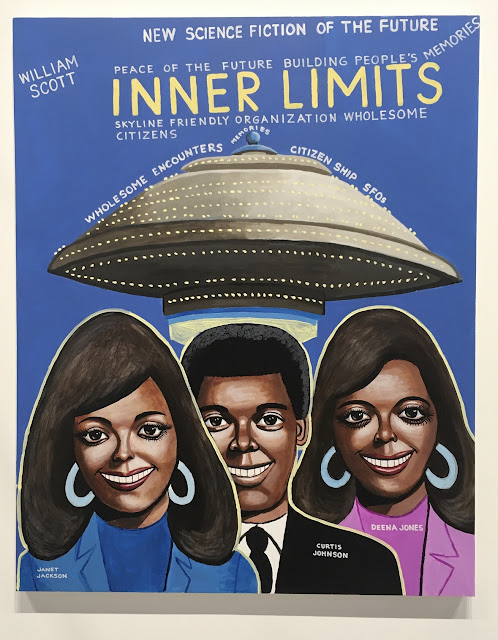 As well En Vogue, other musical reference points include Janet Jackson (in painting above), Diana Ross and Prince who we are told 'will be coming back to life soon'. 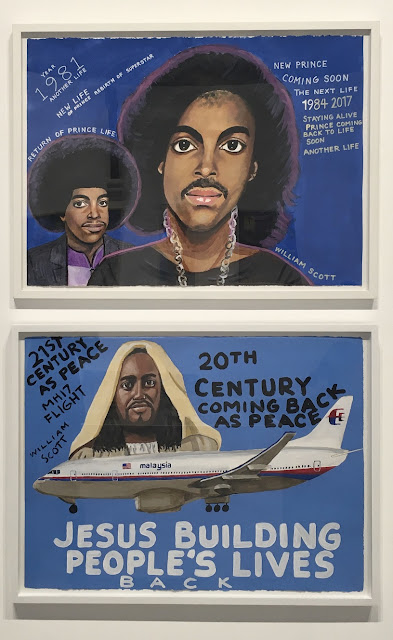 For an interview with the artists see 'THE BRAVE NEW WORLD OF AUTISTIC ARCHITECTURAL ARTIST WILLIAM SCOTT' at Pin-Up.
William Scott at Studio Voltaire, 15 October 2021—2 January 2022
Posted by Transpontine at 9:19 am