The Leveller interviewers expressed mixed feelings about it - 'It was a friendly interview yet we left dissatisfied, as a lot of the time we felt we were talking at cross purposes. What Vi says on the record and to us shows she feels deeply about the status of women. But together the group expressed  the anarchist view of everyone being equally oppressed, and so we often felt we hadn't got through to each other. They felt that government control was some kind of abstraction whereas to us, it was very real (the DHSS, the police). PS it was a very nice curry'.

I think at the time there were many anarchists who would have had a very different perspective to Poison Girls, like the folk who did the paper Xtra! for instance. But the Leveller collective's take on the band wasn't far from my own young anarcho ambivalence about the band, and indeed about Crass, in that period. On the one hand I had this respect - which older me now sees as condescending - for people over the age of 40 still making some noise politically and musically! Understanding too of their wish to break out of the confines and expectations of the punk ghetto. But also frustration at the somewhat burnt out on activism, been there and done it vibe, e.g. Lance saying 'I remember feeling when the Vietnamese war was over that there was a big hole in my life... I realised that I wasn't in this to oppose the Vietnam war, becuase once it was over I felt disappointed'. Maybe older me can appreciate this honesty and also Vi's critique  of macho posturing about other people's struggles : 'that's a very patriarchal thing, puffing up self-importance to talk about things like that and to avoid dealing with what's going right a the foot of the mountain'. Their personal is political approach challenged me in a positive way, but then as now the personal isn't enough to solve politics. 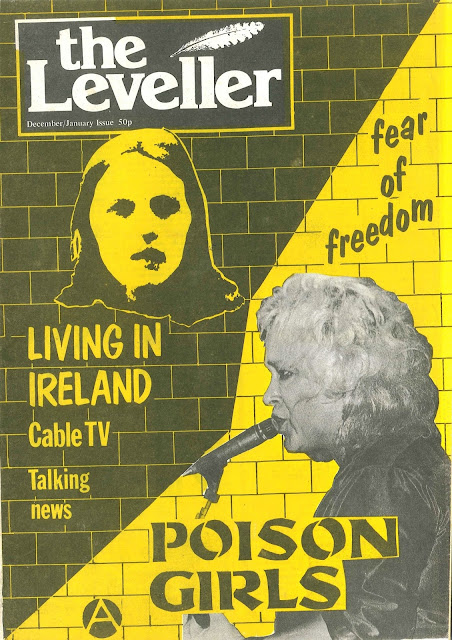 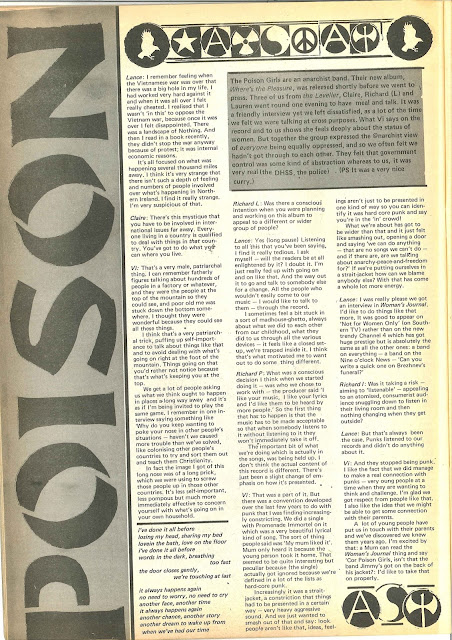 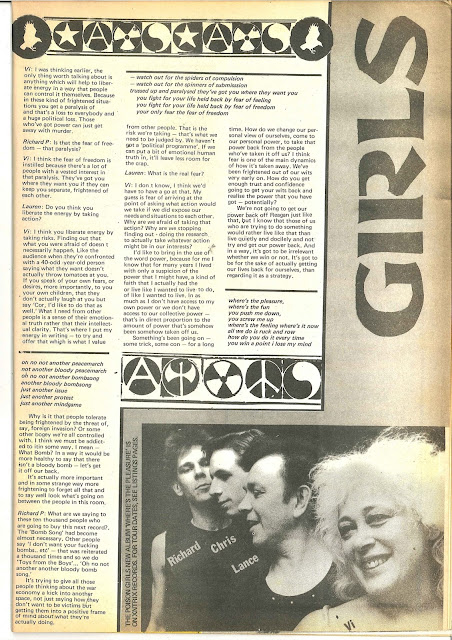 Posted by Transpontine at 9:10 pm