'I was born Malcolm McLaren just after the war in 1946, a war baby, a baby boomer as my generation's come to be known, born on the cusp of change in a culture of necessity when you only consumed what you needed to survive; but by the dawn of the 1960s I arrived in a culture of desires when you only consumed what you didn't need to survive. My story is a story of greed, power, malevolence, subversion and with it heaps of style. To be frank it is the history of pop culture, albeit a personal and subjective one, that has taken up more than 50 years of my life and times'. 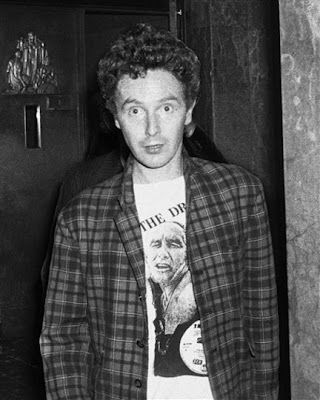 'The band's greatest moment may have been in 1977 during the Queen's Silver Jubilee. There was to be a Royal flotilla that would proceed down the Thames as the sky erupted with fireworks. I decided to create our flotilla with our own fireworks. We hired a boat. Funnily enough the boat was called the Queen Elizabeth and departed from Charing Cross Pier at about 6:30 in the evening. As the Sex Pistols played its version of God Save the Queen, loud, raucous, rude, our flotilla passed beneath the Thames bridges and the band's supporters swung from the lamposts, dropping pots of yoghurt I remember, cheering like mad groups of artful dodgers. I was arrested. Our portrait of the Queen with a safety pin through her nose was printed in the papers, and God Save the Queen became a best selling record. Even though it was banned not only from the radio but from most conventional consumer outlets'. 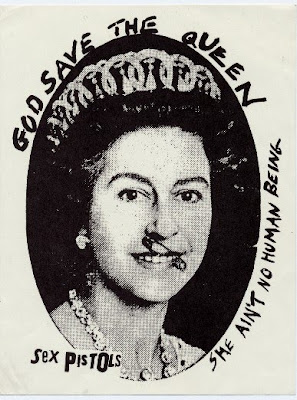 (say what you like about Malcolm McLaren but that Silver Jubilee moment was such a breath of fresh air. A rare, and entirely successful intervention against the dreadful royalist consensus of 1977. I was at school at that time and it was a real thrill reading about the exploits of the Pistols as I went about on my paper round. At a time of patriotic street parties and ubiquitous union jacks it felt like somebody was screaming NO, and the success of the record showed that they were far from being alone. Quotes from Malcolm on his BBC radio programme From the Forties to the Noughties. South Londonists see also Malcolm McLaren in New Cross).
Posted by Transpontine at 6:00 am