Crossing the Thames on the Millennium Bridge yesterday I came across a group of furries. Apparently there’s a whole international scene of people into anthropomorphic animals who create their own characters, dress up in fursuits and socialise. There’s a London group (LondonFurs) who meet up regularly. 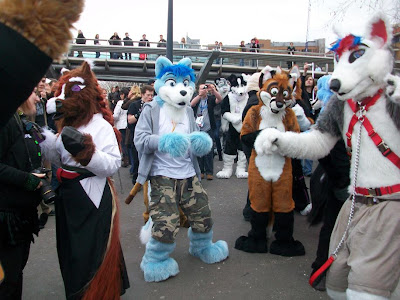 Anyway there was a fun moment yesterday next to the river by Tate Modern where the furries encountered a band busking, resulting in a spontaneous party of dancing animals. 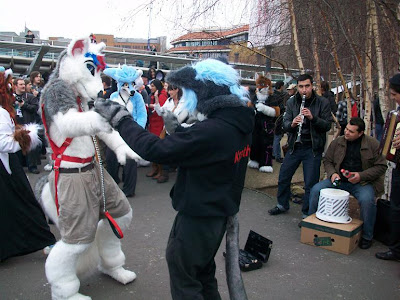 Posted by Transpontine at 1:23 pm