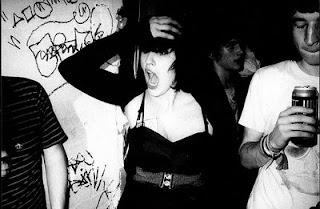 As discussed in my previous Nu Rave post, this vaguely art squat linked scene is a real phenomenon. Interestingly it seems to have developed largely outside of the longer running London anarcho-squat/free party scene, which has been going in one form or another since the 1970s -with some continuity in people between 80s anarcho punk and 90s acid techno parties, as well as links through Advisory Service for Squatters with the previous era of 1970s squatters.
Posted by Transpontine at 5:18 pm