The working class style tribes of  the 1980s have been nicely recreated in Shane Meadows'  This is England films/TV series. But some of the best contemporary images of that world that I have come across are by Chris Porsz, many of them collected in his excellent book 'New England: the culture and people of an English New Town during the 1970s and 80s' 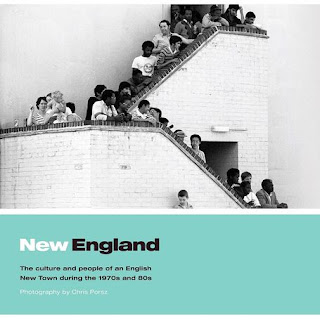 Many of the more cliched images of 80s sub-cultures are based on a tiny minority of people in bands or scene setters in big city clubs - a long way from how people on the dole or with low pay tried to make a mark with their hair, clothes and music in towns where sometimes the few exisiting clubs wouldn't even let them in.

Portz's pictures were taken in Peterborough, but they could have been taken almost anywhere in England in the early '80s, with punks, pychobillies, rockabillies and skinheads hanging out in town centres with bottles of cider for refreshment. Certainly they remind me of Luton at that time. 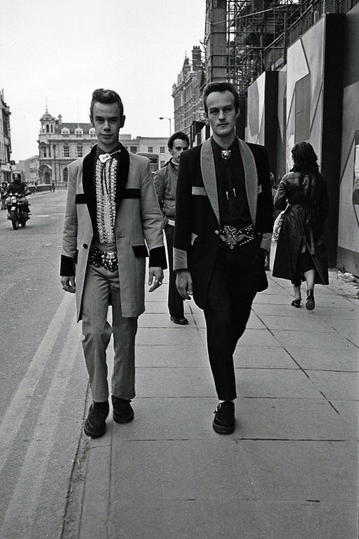 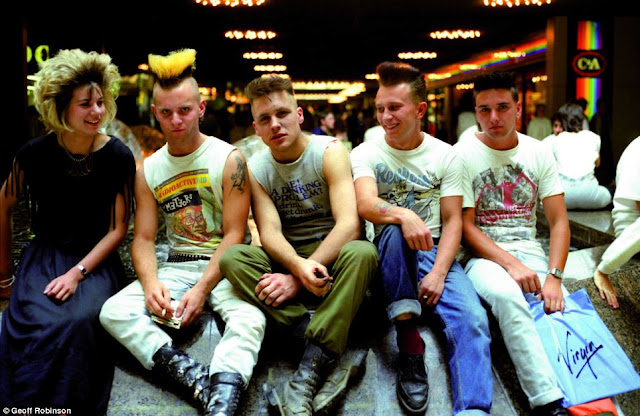 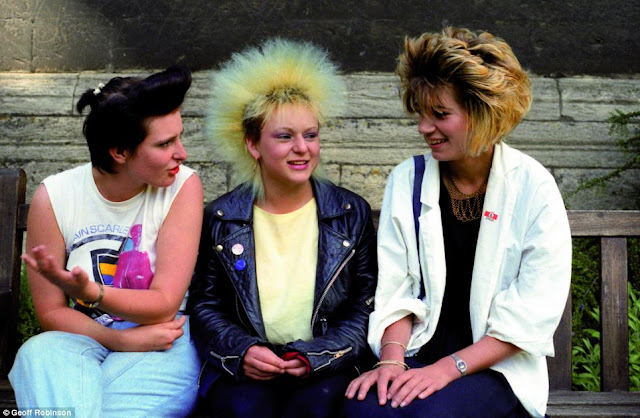 ﻿
Looking at these pictures now it's interesting to note how even amongst the hardcore, piercings were quite muted - in the early 80s those with nose rings were really transgressing the boundaries of the socially acceptable. Likewise tattoos weren't common beyond the upper arm.

(you can buy Chris Porsz's book at his website and in bookshops including Tate Modern in London. His site also includes some sweet reunions where the subjects of  his 1980s photos have been reunited with the images of their younger selves)

All photos © Chris Porsz
Posted by Transpontine at 6:00 am

Some amazing pictures. I remember the rockabilly/ psychobilly thing being big in Watford, as well as 2 Tone (black harringtons with Specials/ Madness patches) and especially scary skinheads with green bomber jackets and bleached jeans.
Thanks for the heads up about the book.
Dean