'Festival communication actively engages the participants. It is this feature that distinguishes festival from those large-scale forms that may be observed from a distance or by television or those events in which the participants passively receive messages but have no choice in their roles. Therefore, we can describe festival action as a combination of participation and performance in a public context. Very little festival action is private; those acts that are, such as courtship or religious devotion, are nevertheless made possible and defined by the special purposes of a particular festival. Moreover, what is spo­ken, acted, or displayed in festival - public or private -anticipates a response, social or supernatural. This active mode, then, makes demands on participants, requiring their attention. And this concentration of attention heightens consciousness, creat­ing an intersection of individual performance and social reflex­ivity.


Festival communication involves a major shift from the frames of everyday life that focus attention on subsistence, routine, and production to frames that foster the transformative, reciprocal, and reflexive dimensions of social life. Such a frame shift does not rule out the mundane or the dangerous; com­mercial transactions flourish in many festivals, and mask and costume have on occasion disguised bloody violence. The shift in frames guarantees nothing but rather transposes real­ity so that intuition, inversion, risk, and symbolic expression reign. 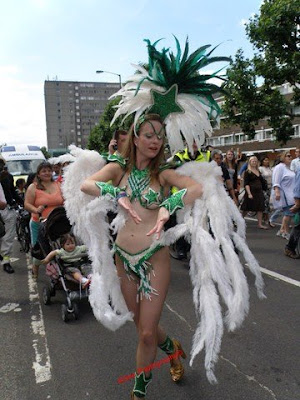 The messages of festival concern the shared experience of the group and multiple interpretations of that experience. Shared experience may be enacted as myth, music, or drama; it may also be the marked representation of a segment of everyday life such as harvesting; it dominates the rhetoric as well as the action of an event clearly defined as "ours." In all socially based festivals, however, the messages will be directly related to the present social circumstances as well as to the past. Because festival brings the group together and communicates about the society itself and the role of the individual within it, every effort either to change or to con­strain social life will be expressed in some specific relationship to festival...

The manipulation of temporal reality
The temporal reality of festival incorporates time in at least two dimensions. In the first the principles of periodicity and rhythm define the experience. Not surprisingly, this cyclic pattern is associated with the cycles of the moon in cultures in which the lunar calendar is or has been used in recent history. With the passage of time festival occurs again and again, marking the cycles of the moon, the annual repetition of the seasons, and the movements of the planets governing the solar calendar. Festival occurs calendrically, either on a certain date each month or on a specific date or periodic time each year. The cycles of lime are the justification for festival, independent of any human agent. Unlike rites of passage, which move individuals through time, and unlike private parties, which structure a way out of time, festival yokes the social group to this cyclic force, establishing contact with the cosmos and the eternal processes of time. 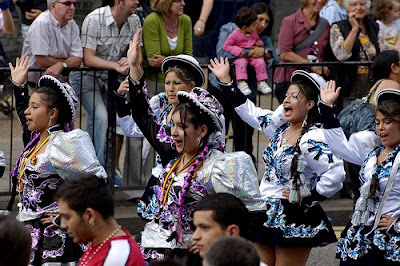 In the second of these dimensions of temporality, expres­sions of tradition and change confront each other. Meaning in festival derives from experience; thus festival emphasizes the past. Yet festival happens in the present and for the present, directed toward the future.
Thus the new and different are le­gitimate dimensions of festival, contributing to its vitality. In the festival environment principles of reversal, repetition, juxtaposition, condensation, and excess flourish, leading to communication and behavior that contrasts with everyday life. These principles can be applied to every code in use for com­munication. Repetition, for example, operates so that the sound of drums, fireworks, or singing voices may be continuous throughout an event, or the major visual symbol such as an image of a bear or the symbol of corn or the cowboy/gaucho may be shown in many circumstances...'
Beverly J. Stoeltje, 'Festival' in Folklore, Cultural Performances and Popular Entertainments, ed. Richard Bauman. New York, 1992. See this post for another quote from this essay.

Photos of Carnaval del Pueblo in Southwark, August 2009 (a Latin American festival in South London), by love of peace (top) and vertigogen (bottom) via flickr.