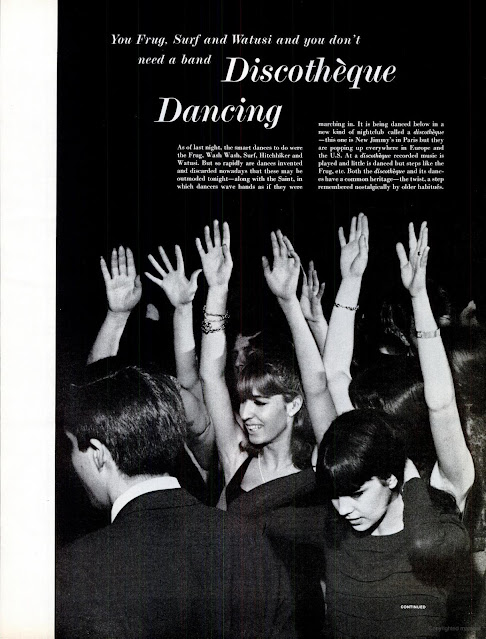 'you Frug, Surf and Watusi and you don't need a band - Discotheque Dancing.  As of last night, the smart dances to do were the Frug, Wash Wash, Surf, Hitchhiker and Watusi. But so rapidly are dances invented and discarded nowadays that they may be outmoded tonight - along with the Saint, in which dancers wave hands as if they were marching in. It is being danced below in a new kind of nightclub called a discotheque - this one is New Jimmy's in Paris but they are popping up everywhere in Europe and the US. At a discotheque recorded music is played' (Life magazine, 22 May 1964).
The full article includes photos of people dancing in Paris, London and Los Angeles.
Posted by Transpontine at 8/12/2022 11:01:00 pm