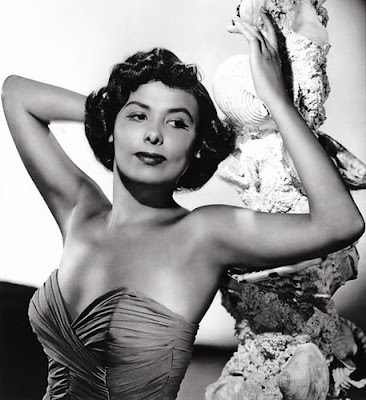 Most of the obituaries to Lena Horne (1917-2010), who died last weekend, mention her involvement in the civil rights movement. But what is striking about her life is that she was consistently an activist during, and indeed before, a musical career that encompassed dancing at the Cotton Club, singing and acting in Hollywood musicals, and recording albums.

As Lena Horne herself recalled in the National Association for the Advancement of Colored Peoples magazine The Crisis in 1983: 'My grandmother, an early pioneer of the NAACP, taught me never to forget. The seeds of a continuing passion for black freedom and liberation were sown in those earliest childhood years when my grandmother, Cora Calhoun, took me to NAACP meetings'. Paul Robeson and WEB Du Bois were family friends.

She also recalled: 'As I travelled as a singer throughout a segregated America, countless racist acts were redressed by local chapters of the NAACP'. In the 1940s at an Army base in Arkansas, she objected to black GIs having to sit behind white Italian POWs: 'I left the hall, found the black GI who was my driver and asked him to take me to the local NAACP. The NAACP in the local town turned out to be Daisy Bates, heroine of Little Rock'.

In 1946, she became a sponsor of the Los Angeles chapter of the Civil Rights Congress (as as was Frank Sinatra). She played benefits for various left wing causes, and was active in supporting Ben Davis, the black Communist elected to the city council of New York City, representing Harlem, in 1943 ( he was later jailed under the notorious Smith Act). For these activities she was blacklisted as a communist sympathiser to the detriment of her career.

She was, for instance, denounced in Red Channels a 1950 'report of Communist Influence in Radio and Television' published by Counterattack, set up by ex-FBI agents. Lena Horne was in good company in this report, along with the likes of Leonard Bernstein, Dashiell Hammett, Dorothy Parker and Pete Seeger. 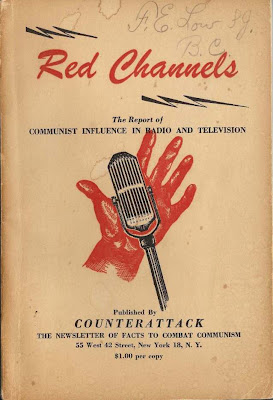 She was in the front ranks of the 1963 March onWashington for Jobs and Freedom and spoke alongside Medgar Evers shortly before he was murdered by the Ku Klux Klan in the same year.
Here she is singing Stormy Weather from the 1943 film of the same name:

Posted by Transpontine at 7:49 am

I just bumped into your blog and wow, the stuff you're posting is super interesting, keep it up!