Struggled through the rain today to catch the very last hour of the Kenneth Anger exhibition at the Spruth Magers Gallery in London. It was small, but definitely worth the effort. The main focus was a continuous showing of his 1969 film Invocation of My Demon Brother. Described by Anger himself as an '“an attack on the sensorium”, it is a collage of rapidly shifting colours and imagery - ritual scenes, tattoos, Hells Angels, Anton LaVey, Marianne Faithfull, Lenore Kandel, semi naked bodies, troops jumping out of a helicopter - all set to a minimalist noise soundtrack from Mick Jagger, who is glimpsed briefly at The Rolling Stones '69 gig in Hyde Park.

Inevitably there are versions on Youtube, but if you do get the opportunity to see it on a large screen do take it as the impact is much stronger.

The exhibition also featured prints of stills, including this one of Marianne Faithfull as Lilith in his film Lucifer Rising: 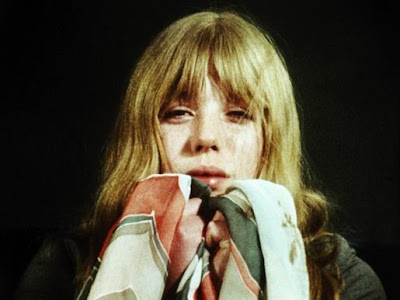 ... and this one of Anais Nin as Astarte: 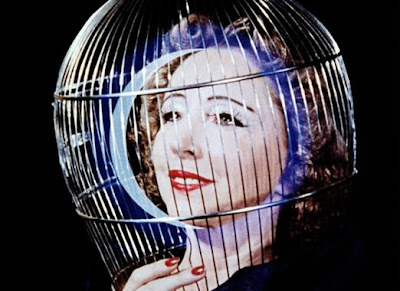 Posted by Transpontine at 9:46 pm

I too was glad to see this on a big screen, but couldn't understand why the gallery let the light from the large window leak into the room. It washed out the film a fair bit and seemed clumsy. Still, how often does one get to see classic Kenneth Anger projected nice and big?