Last week I had the opportunity to visit a rarely opened archive in South London. The basement of New Cross Learning (the volunteer-run library/community space in New Cross Road) holds the collection of the Lewisham Local History Society, an eclectic assortment of specifically local artifacts and general 'old things' assembled over the years with an aim of one day forming the basis of a museum collection.

Naturally I was intrigued by some of the musical items, including this metal sign for the old 'Music for Pleasure' label. I spent some of my teenage wages from working in the library and Debenhams (like someone in a Belle & Sebastian song) on these budget LPs, often consisting of early material or live recordings from well known bands.  My favourite was 'Relics', a fantastic compilation of Syd Barrett era Pink Floyd. 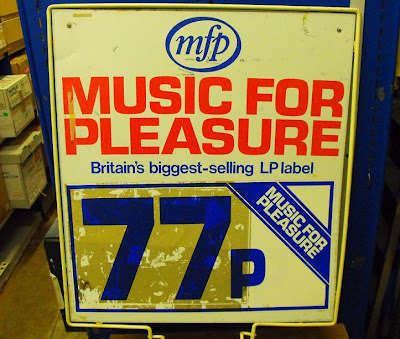 The archive also include various bits of semi-obsolete technology stacked up on the shelves. Here's an Alba gramophone: 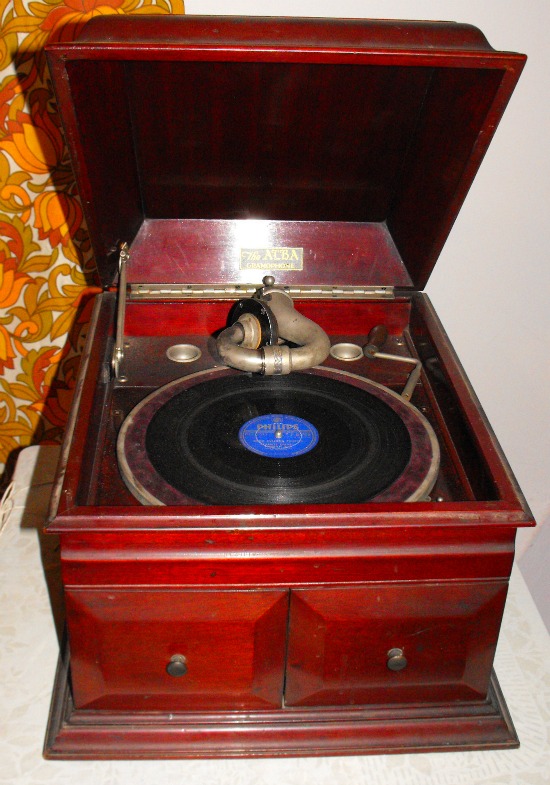 Most evocative for me was this Regentone valve radio, made in Romford at some point in the early 1950s. I remember as a child going to visit an elderly relative in the Forest of Dean and they had something similar. 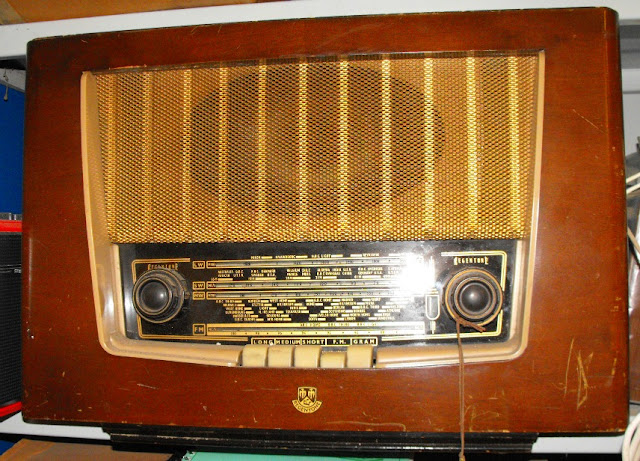 I recall that I was fascinated by the dial with its list of exotic sounding places and stations. Looking at it now as an adult it still seems to embody a kind of utopian internationalist dream of the radio, the possibility of sitting in a room somewhere in post-war England and listening in to Marseilles, Bologna, Berlin or the USSR. 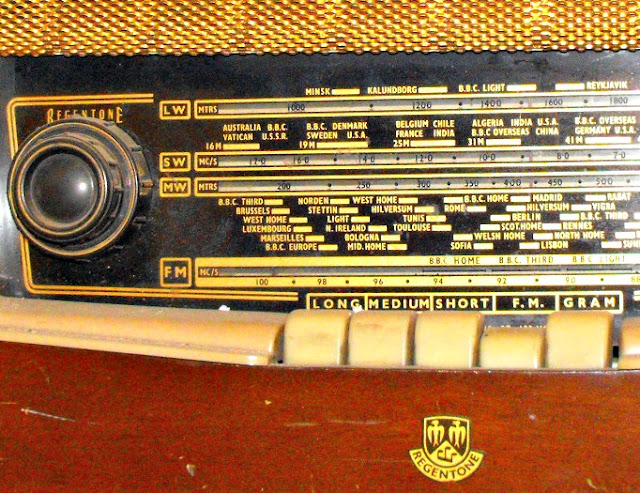 Posted by Transpontine at 9:21 am

Next time you're down Brighton way, pop up the branch line up the coast to Seaford to the Martello Tower. It's only £1.50 (although like the one mentioned staffed by volunteers and only open bank hols and a few other weekends)