Compilations against the Criminal Justice Act

The mid-1990s movement against the British Government's Criminal Justice Act, and in particular it's 'anti-rave' police powers, was one of the more exciting episodes of that time (see my Datacide article 'Revolt of the Ravers: the movement against the Criminal Justice Act, 1993-95). Naturally this movement found musical expression including a number of disparate compilation albums.
The one with perhaps the biggest names - some of them surprizing - is Criminal Justice! (Axe the Act), with tracks from Jamiroquai, Radiohead, The Shamen, Stereo MCs, Aswad, Orbital, Dodgy, Corduroy, EMF and a frankly bizarre Duran Duran cover of Public Enemy's '911 is a joke' in a Beck style. In between the tracks there's spoken work narration from Malcolm McLaren. 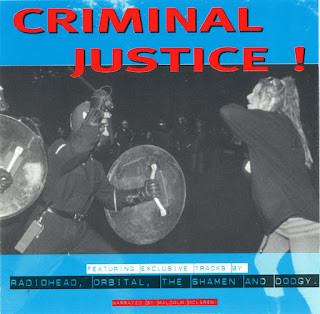 The 1995 release was billed as a benefit for the Coalition Against the Criminal Justice Act. Initiated by the Socialist Workers Party, the Coalition was viewed with some suspicion by many of those in the anti-CJA movement though it did manage to get various trade union branches and civil liberties groups to affiliate. I doubt whether many of the acts on this CD were being played out on free party sound systems at the time with the possible exception of Orbital, still fair play to these bands for putting their names and music to the cause. 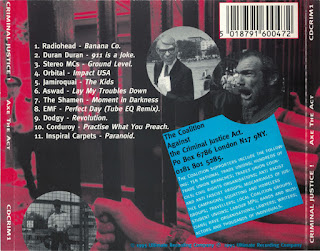 'Taking Liberties' (Totem Records, 1994) was closer to the actual soundtrack of the movement, featuring mainly electronic/dance music acts including The Orb, The Prodigy, Loop Guru, Tribal Drift, Trans-Global Underground, System 7 (with Steve Hillage and Miquette Giraudy from Gong), Galliano, Fun-Da-Mental, DreadZone,  Ultramarine, The Drum Club, Test Dept and Zion Train. The Shamen and Orbital feature on both this and the compilation above. 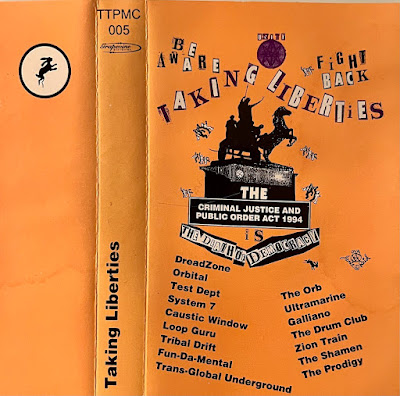 Proceeds were ear-marked for the Freedom Network and the sound systems' based Advance Party (who had jointly kicked off the grassroots anti-CJA movement), along with civil rights organisation Liberty and Squall magazine. 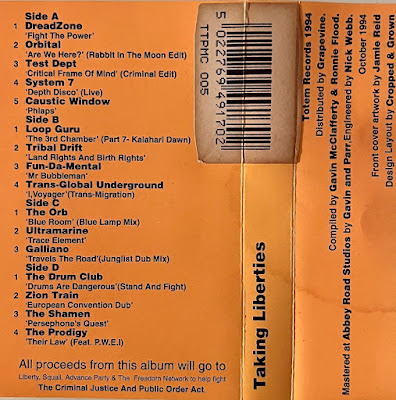 The cover art, reflected on the cassette tape version too, was by Jamie Reid. 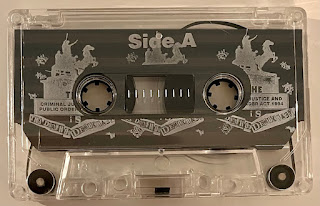 'NRB:58 - No Repetitive Beats' refers to clause 58 of the initial Criminal Justice Bill which infamously defined raves as including music characterised by repetitive beats. It is basically a compilation of fairly mainstream house music of the period including a mix version by Hacienda DJ Graeme Park. It has some great mainly US/Italian tracks on it by the likes of Loleatta Holloway and The Reese Project (Kevin Saunderson),  not sure if any of them specifically endorsed the campaign but there was a promise of a donation from each sale to famous Nottingham based free party sound system DiY Collective and its associated anti-CJA campaign 'All Systems No!' 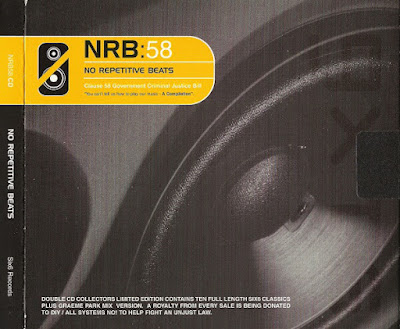 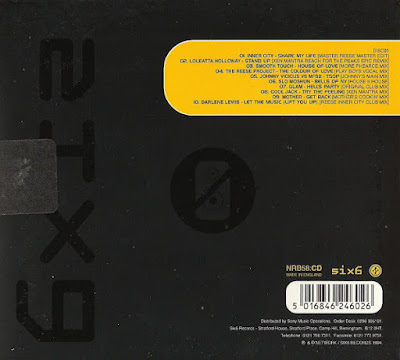 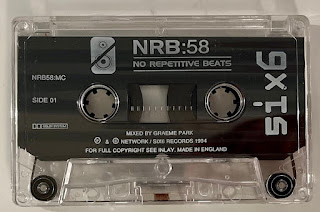 Finally and on a real DIY tip is 'They call this Justice?' a benefit for the Freedom Network put out on cassette by Spanner in the Works, a label started by London-based Earzone zine 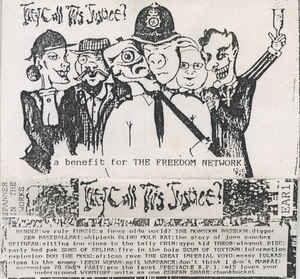 No famous names, but just the kind of bands you would find playing at squat/benefit gigs at this time, like Scum of Toytown, 70 Gwen Party, Electric Groove Temple, Spithead and Blind Mole Rat. 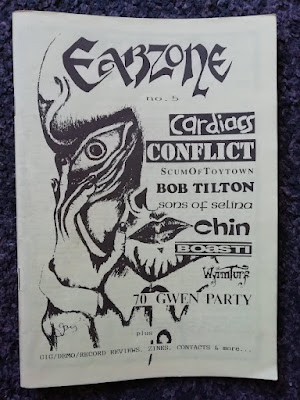 See also on the CJA:

Marching against the CJA, July 1994

Posted by Transpontine at 11:18 pm