I posted some photos and memories recently of a demonstration in London against the Crimininal Justice Act (and its 'anti-rave' powers) in July 1994. Here's a report by Rosey Parker of the same demonstration from dance magazine Eternity (no.21, 1994). The march of around 50,000 people went from Hyde Park to Trafalgar Square, via a brief altercation in Whitehall when some people tried to climb the Downing Street gates and were charged by mounted police. It finished with people playing in the fountains of Trafalgar Square on a very hot July day (click images to enlarge) 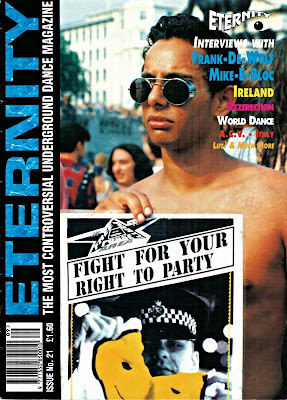 'The march started at 2:30 pm. It seemed to take ages to filter slowly out of the gates onto the road, and the first thing most people noticed was the huge police contingency. Rows upons rows of expressionless policemen to being with, a police helicopter buzzing frantically above and the odd photographer milling around. Several mobile sound systems (one on a bike) rode around playing music that made everybody smile with delight... everywhere you looked all you could see was smiles and hot people. All age groups, all races, all religions, were there. It was wonderful'

'everybody continued moving toward Trafalgar Square peacefully. People spalshed in the fountain and soaked everybody walking past. Because of the heat, being splashed was an indescribably orgasmic delight! What a day! What a vibe! The whole of Trafalgar Square was full of people, thousands of people, music of varying types, percusssion instruments, dancers, everything' 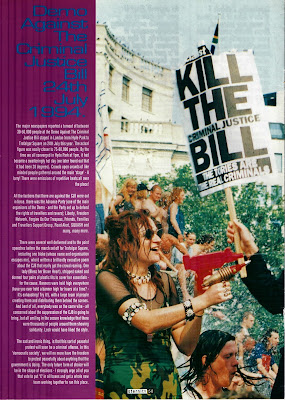 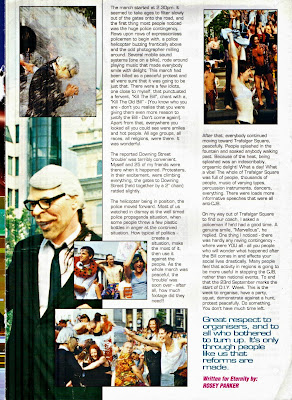 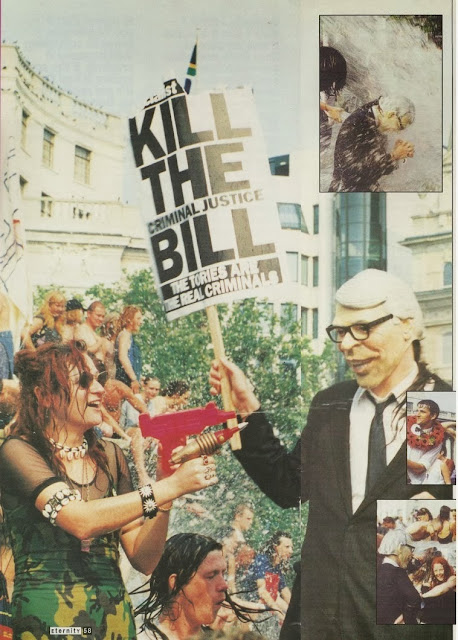