'Seaside: Photographed' at Turner Contemporary gallery in Margate is a fine exhibition that seeks to 'examine the relationship between photographers, photography and the British seaside from the 1850s to the present'.

One of the aspects I appreciated was the sense of continuity alongside change over time in popular coastal locations. Bill Brandt's 1935  'Brighton Belle  (I'm no angel)' - actually his Danish sister in law Esther Brandt- could just have easily walked out of the one of the 1990s Brighton raves featured elsewhere in the exhibition. Meanwhile Lee Miller photographs surrealist artist Eileen Agar at Brighton Pavilion and on the pier in the 1940s. 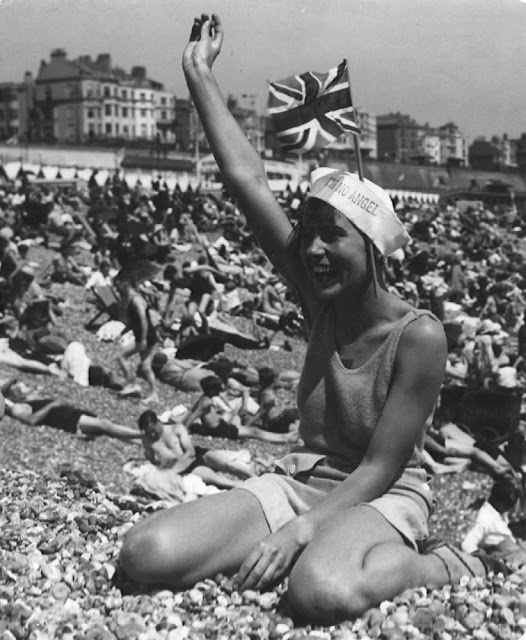 The photographs of English holiday camps, including Butlins, are very evocative though as a sometime holiday camper I  felt ambivalent about their display - was the artist/photographer engaged in celebration or condescension of working class life?

My favourite section, entitled Undercurrents, explored the subcultural use of the seaside. The caption observes;  'The seaside offers romance and longing and the excitement of being part of a crowd. From the Mods of the 1960s gathering on the beaches of the south coast, to the young alternative travellers of the 1990s, time at the seaside was time out of the normal. The seaside is alive with sounds and visions, parades and costumes – nothing is quite as it seems. For many young people the beach and its environs is one of the few free spaces in a country where communal outdoor space is either disappearing or is rigidly monitored, and much of the rural landscape is privately owned. The use of out of season hotels and holiday camps by promoters of music, dance and fetish weekenders, provides large communal meeting places for those whose interests exists outside of the mainstream. Decayed resorts are seen as marginalised and tolerant, a little out of the real world'.

Featured work includes Vinca Petersen's image of a free party at Dungeness in 1993: Enzo Ragazzini's documentation of the 1970 Isle of Wight Festival: ... and Stuart Griffiths' pictures of  'illegal raves at Black Rock and Ovendean' near Brighton in 1994. Griffiths, then a young ex-paratrooper fresh from tours of Northern Ireland, 'became unofficial photographer for the Church of SubGenius' some of whose associates were involved in putting on the parties - you can see some 'Bob' posters on the wall: 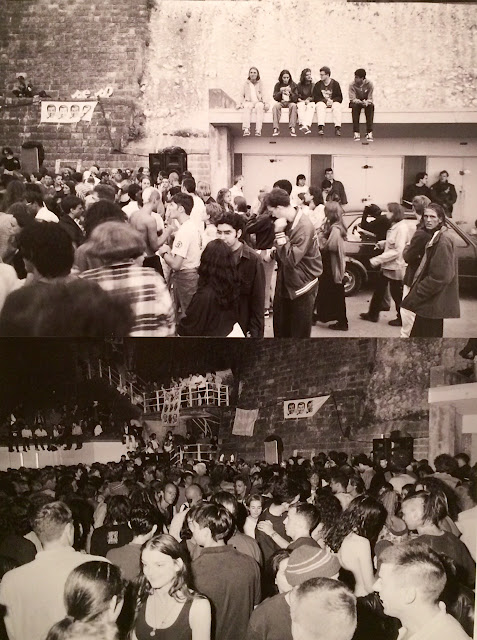 There was plenty more seaside life to be photographed in Margate at the weekend (3/4 August 2019), with music all over town for the town's carnival and the Margate Soul Festival and with the streets full of soul boys and girls of a certain vintage. At the Lighthouse Bar on the Harbour people were chilling in the afternoon sunshine to 'The Creator has a Masterplan' (Souljazz Orchestra version).  My photograph below not included in exhibition! 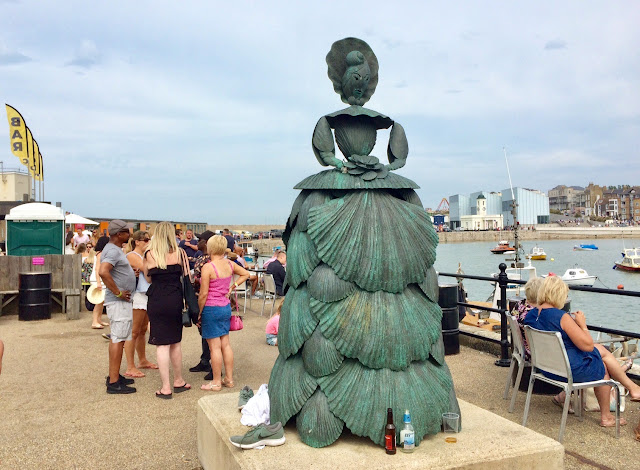 Exhibition closes 8 September 2019
Posted by Transpontine at 8:43 am