Great article from i-D magazine, no. 91, April 1991 about post-club gatherings at Motorway service stations (click on images to enlarge):

'3 AM, Saturday morning. The M6 is windy, wet and desolate. Its service stations offer comfort only to lorry drivers and sleepy executives. For many weeks, however, selected services have paid host to the coffee and communal smoke of hundreds of ravers' post club comedown. After the semi legendary Blackburn parties, police continually harassed the convoys criss-crossing Lancashire and beyond. Although parties such as Revenge provided a brief replacement, the next best thing was driving long distance to a club and afterwards passing a few hours chilling at a service station. A network of clubs around the Midlands and Northwest, such as Legends in Warrington, Quadrant Park in Liverpool and Oz in Blackpool now provide the excitement and camaraderie of the raves of 1989 and 1990. Each club generates its own Service station mayhem; favourites including Burtonwood (M62), Charnock Richard (M6) and Anderton (M61).

The usual M6 choice, Knutsford (with its commanding views of all six lanes from the cafe) has tonight been cordoned off by the police (the “dibble“) and so the hordes head south to Sandbach. Most are returning from Shelley’s Laserdome in Stoke. As the cafeteria fills up and the ghetto blasters rev up, the staff and the casual callers look bewildered, probably by the size of the bubble jackets as much as the weight of numbers.

In the jungle humidity of the clubs, the ubiquitous baggy T-shirt is the only garment which prevents fainting, but in the chillier atmosphere of the services, mountaineering gear and sportswear reign. The clothes are from Chipie, Gio Goi, Soviet and still Joe Bloggs; favourite jackets and thick, fleecy tops come from Tog 24 and Berghaus. The bobble hat, once the preserve of train spotters, is now sported  with pride and appears in a vast range of bobbles, colours and ear-flaps...

A similar situation goes off on Sunday morning at Charnock Richard. 300 cars, each full, descend on the service area. This has been happening since the north-west after hours raves diminished last autumn. However by Christmas the management and police got wise to the game and started shutting the coffee bar, leaving the car park as the congregation area...' 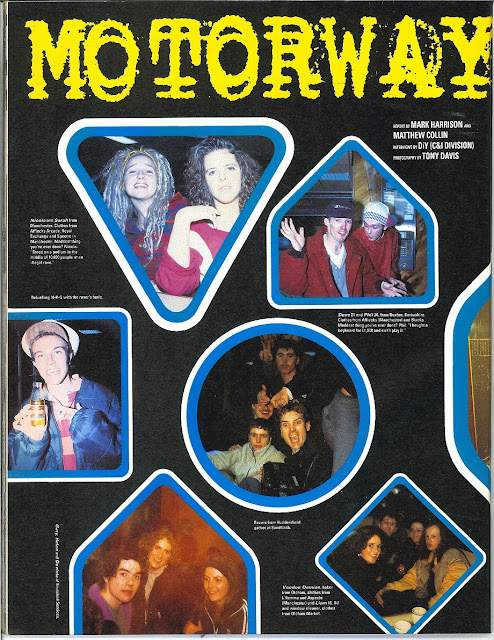 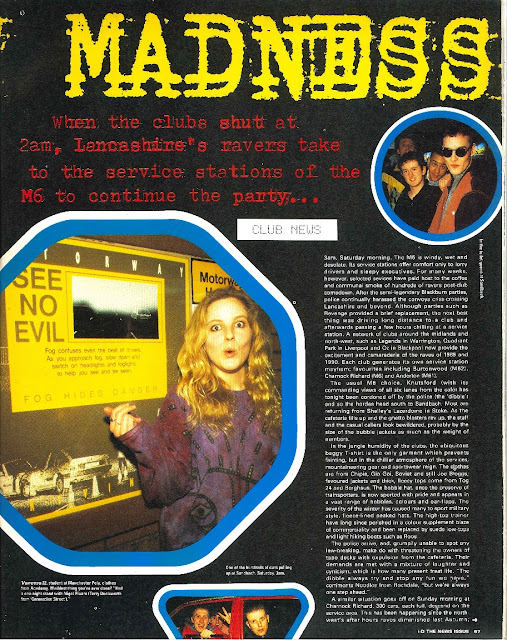 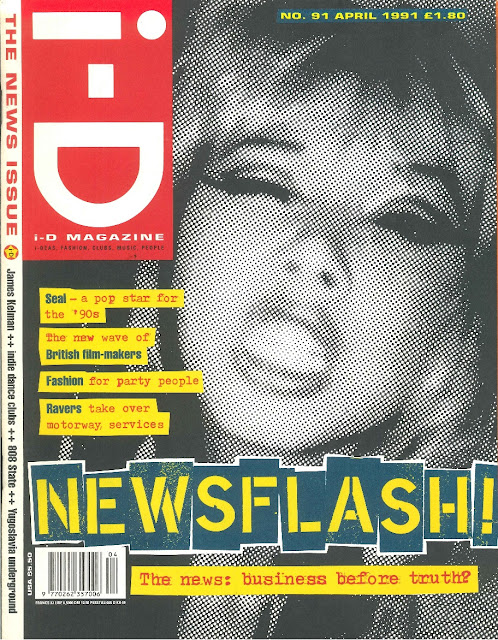