There's an interesting free display at Tate Britain gallery of material from radical movements and associated artists from London in 1968. It includes film and press cuttings from the Hornsey art school and London School of Economics occupations and a selection of posters produced by the Poster Workshop in Camden.

Also included are some materials from English situationist influenced group King Mob which were very critical of the mainstream student left. 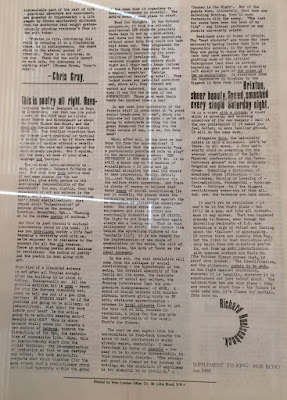