Another example of 1960s 'rave' - an advert for an 'All Nite Mod Rave' on 18 July 1964 in Bradford, at the Coffin club in Ivegate, featuring Herman's Hermits and The Mutineers.

Another venue at the time was the 'Futurist Theatre' in Scarborough - built as a cinema in 1921, and still going strong today. 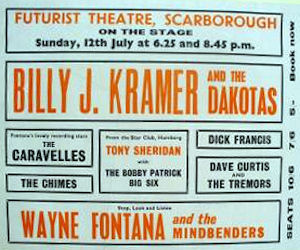 There was also 'The Big Beat Scene' tour in 1964, featuring Gene Vincent, Millie, Lulu and others. 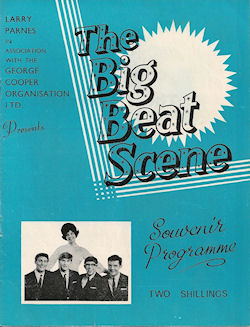