I am a bit of sucker for Christmas carols - well, even uber-atheist Richard Dawkins enjoys singing along to them. And of all the carols, my favourite is O come, O come, Emmanuel

For me, there's something about the continuity of human expression. On a personal level, a continuity with songs sung in childhood at school and on our family's sporadic visits to church. On a deeper level, a continuity with generations who have sung the same song. OK so this hymn in its current form only goes back as far as the mid-19th century, but the words are a translation by John Mason Neale of a Latin text ("Veni, veni, Emmanuel") parts of which date back at least as far as the 8th century. The tune likewise is believed to originate from a 15th Century French processional for Franciscan nuns, although it may be even older.

The text is based on the biblical prophesy from the Book of Isaiah (7:14) that states that God will give Israel a sign called Immanuel (Hebrew for 'God with us'.). The prophet Isaiah is generally dated to the 8th century BC, so the subject matter of the song is getting on for 3,000 years old. I like the idea that - language barriers notwithstanding - a Jewish refugee in Babylon, a Roman slave, a medieval French peasant and a 17th century Digger would immediately understand what this song was about.

Of course continuous tradition is a double-edged sword - there is a continuity of religiously-sanctioned oppression and war, the dead weight of superstition and prejudice. Hearing the present day Pope's absurd statements about homosexuality reminds me of why it is important to hold on to a critique of religion and clericalism.

On the other hand, there is another tradition of radical Jews and Christians drawing on Biblical verses for inspiration for rebellion and social transformation - from peasant revolts to liberation theology. 'O come, O come, Emmanuel' with its call to 'ransom captive Israel, That mourns in lonely exile here' can certainly be sung with such meanings in mind. And its source, the Book of Isaiah is full of admonitions against those who 'grind the face of the poor' and fail to 'seek justice, relieve the oppressed, judge the fatherless, plead for the widow'. Famously it pictures a future world where 'they shall beat their swords into plowshares, and their spears into pruninghooks; nation shall not lift up sword against nation, neither shall they learn war any more'.

While Christians believe that Isaiah's prophecy was fulfilled in the form of Jesus Christ, religious Jews dispute that the promised Messiah has already come and gone. I am sure that one of the reasons for Christian anti-semitism was the Church's hostility to a minority in the midst of Christendom who publically questioned their absolutist interpretation of the Bible. For instance in Barcelona in 1263 there was a famous four day disputation in front of King James I of Aragon between a Dominican friar, Pablo Christiani, and Nahmanides, a rabbi. The latter denied that Jesus was the Messiah on the simple basis that he had failed to deliver - work, war and death were still very much around - 'these punishments were not annulled by the advent of your messiah'. The King rewarded Nahmanides for his rhetorical victory in the debate - even if he disagreed with him - but later he was to be banished from Spain (source: Kaddish by Leon Wieseltier).

Nahmanides certainly had a point - where was the new heaven and new earth promised in Isaiah? But personally I tend towards the sentiments of the secular hymn that declares 'No saviour from on high delivers, No trust we have in prince or peer, Our own right hand the chains must shiver, Chains of hatred, greed and fear'. Still I guess I have moved to a position where I no longer see atheism as a necessary indicator of radicalism (for instance there are some quite dubious aspects of Richard Dawkins' politics in my view). Similarly I no longer assume that anybody who uses religious language is a superstitious bigot. And I can certainly appreciate a good hymn!

I have included three versions of this song here for your listening pleasure (just click on links to download). 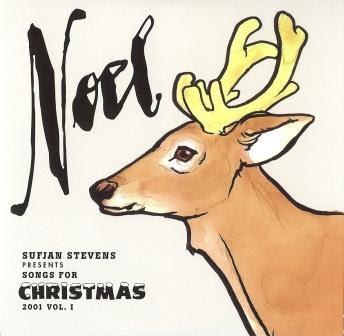 Blyth Power - O Come O Come Emmanuel (MP3)
The first is by Blyth Power from a 1986 tape they put out called 'A little touch of Harry in the night'. Although they played countless anarcho-punk benefit gigs, Blyth Power always had a broader frame of reference than most bands on that scene (Shakespeare, Shelley, trainspotting) and liked to challenge the moral certainty and narrow-mindedness of some Crass punks - for instance by playing a hymn!

B & S's version was recorded live for a Xmas 2002 radio session at John Peel's house (the female part is sung by Tracyanne Campbell from Camera Obscura). The band's Stuart Murdoch is one of the people who has challenged my bigoted conception that all Christians are bigots - a former church caretaker who is a sex-positive socialist (sample lyric 'she was into S & M and Bible studies, not everyone's cup of tea, she would admit to me').

Sufjan Stevens has released a whole series of Christmas albums with a mixture of his own and traditional songs, now nicely collected in boxed set, Songs for Christmas.

Have a good holiday!
Posted by Transpontine at 12:47 pm