I enjoyed Street and Studio: an Urban History of Photography at Tate Modern in London over the summer (the exhibition opens in Essen next week if you're in Germany and curious). 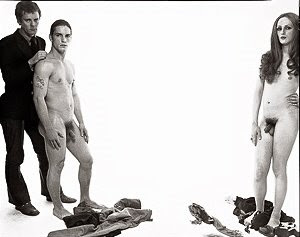 I liked Madame Yevonde's gorgeous 1930s Goddess portraits - who cares if they are aristocrats in fancy dress, there is an otherworld fantasy of fab frocks and hair that anyone can relate to. 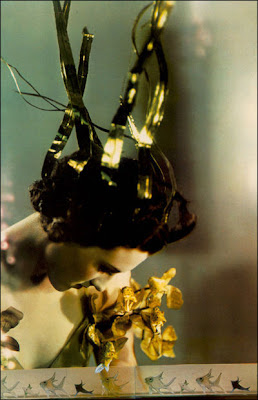 My favourite pieces were focused on people in their clubbing clothes. There was a collection of Malick Sidibe's 1960s potraits of young people in Mali (don't think this specific image was in the show, but there were lots of others): 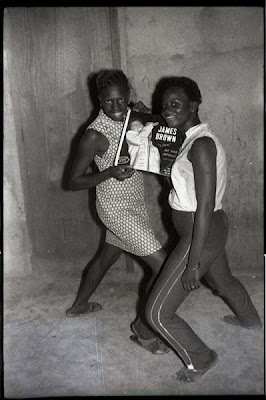 Then at the end of the exhibition was a room dedicated to Rineke Dijkstra's video piece with a splitscreen showing people in the Buzz Club, Liverpool and Mysteryworld, Zaandan (in Holland), 1996-97 - with a soundtrack including George Morel's Morel's Groove). It looks like she got people off the dancefloor to stand in front of a white wall, dancing, staring at the camera, chewing gum, smoking, making out, looking bored.... 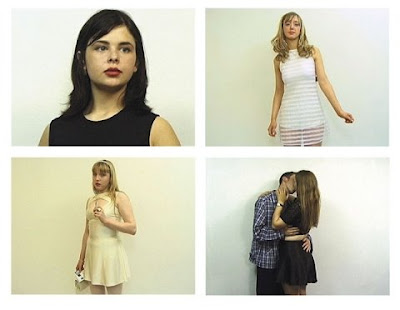 This bootleg doesn't quite do it justice, but gives an idea of the piece:

Posted by Transpontine at 6:20 pm