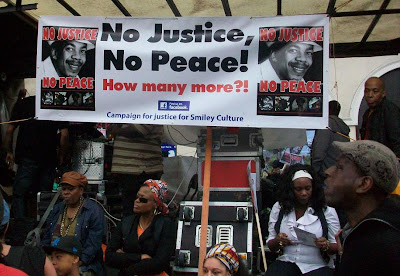 Just got back from today's Justice 4 Smiley Culture demonstration in London, pretty impressive with maybe a couple of thousand people heading from Wandsworth Road, along the Albert Embankment, over the river, past Parliament and on to the Metropolitan Police HQ at New Scotland Yard. 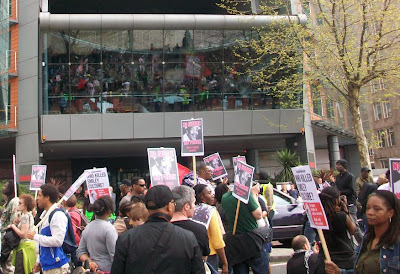 A striking aspect of the campaign is that they have used the higher profile death of an internationally-known reggae artist to shine a spotlight on many other less publicised deaths in police custody. The families of some of these took part in the march. Sean Rigg died in a police van at Brixton prison in 2008: 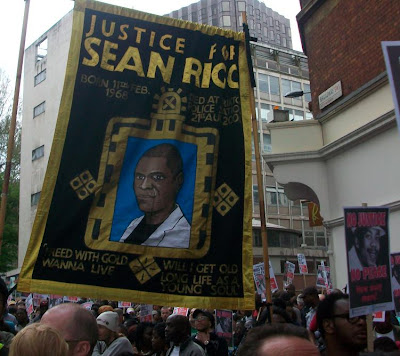 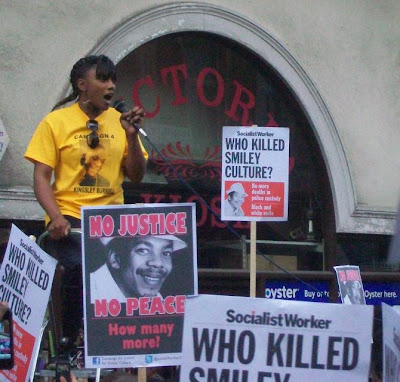 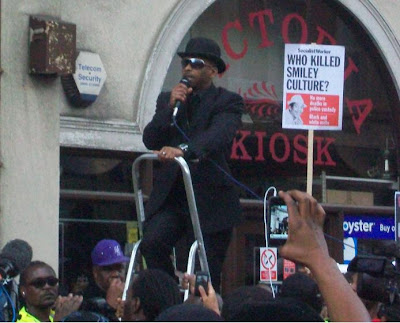 There was a determined atmosphere on the march, the noise reminded me a bit of Notting Hill Carnival, with whistles, drums and conflicting basslines from the various sound systems. 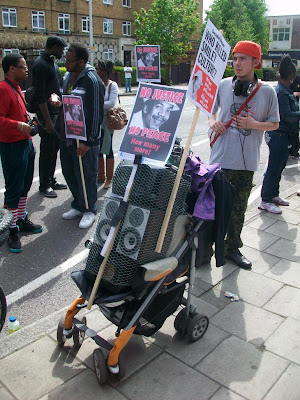 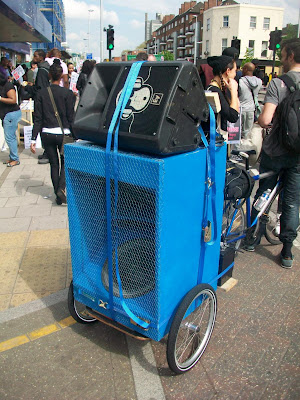 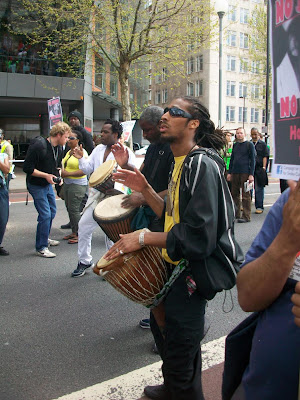 Naturally there was lots of Smiley Culture's music, Police Officer in particular getting aired outside Parliament and Scotland Yard. This number also got people singing at the end

Posted by Transpontine at 6:12 pm

Nice post, you captured the feel of the day. Unfortunately we'll probably have to do the same again soon.