History of the Flyer (3): Dance Cards

Closely related to the history of the flyer is the dance card - popular in the 19th century and beyond in Europe and the US, they set out the programme of dances and were often used by women dancers to record who they were dancing each dance with. They also served as souvenirs of the event and were, like flyers, designed to create a particular visual image of the event and its style.

There's some interesting examples online, including at the Daughters of the Republic of Texas Library at the Alamo blog. The following example comes from that collection - the front of 'a dance card for a masquerade ball held at Lenzens Opera House on March 7, 1891. The name "Miss Laura Stein" appears in the lower right corner' - probably the name of a dancer at the ball. 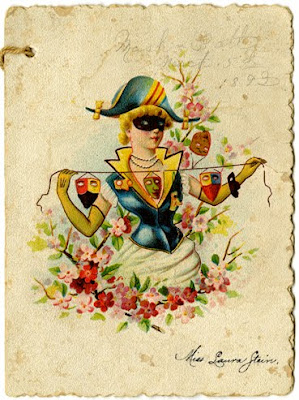 There's some examples from Cork at Set Dancing News, including this one for a National Dance at the Hibernian Hall in 1916: 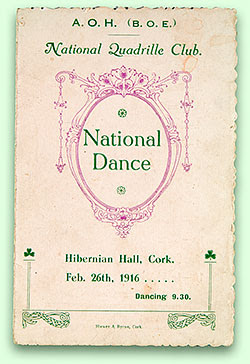 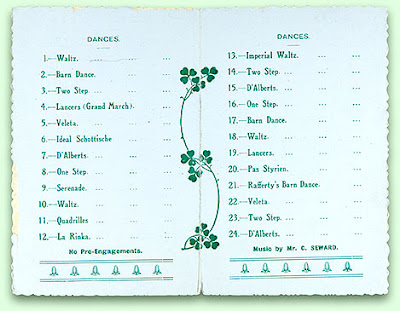