On (1997): Hierachies of Taste on the dancefloor

On was a free magazine put out in the mid-1990s by the people around the Big Chill - the editor was Pete Lawrence. 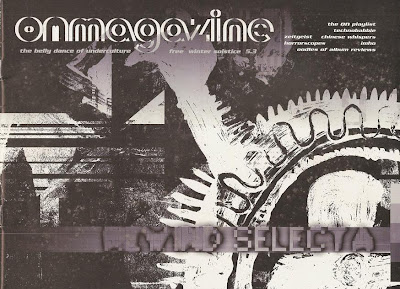 The 1997 'Winter Solstice' issue featured an article by Stuart Borthwick on 'Hierarchies... Taste... Hierarchies of Taste'. With more than a nod to Pierre Bourdieu, Borthwick denounced what he saw as the betrayal of 'the acid house revolution'. The mid-1990s was the time when dance music went supernova in the UK, and as Borthwick points out a time when some of the old baggage of the cultural industry came to the fore with super clubs and superstar DJs. Outside of the happy hardcore scene, hardly anyone talked about raving anymore - we were all clubbers instead. I agree with the thrust of what he says, though I always disliked the notion of 'you should have been there in 1988' - itself a brandishing of cultural capital - and I can assure you that in the clubs I was going to around this time there was still plenty of smiling and laughing! Not sure it's true either that previous 'style' scenes were just for 'middle class glamour-pussies' either - some of the key faces in the Blitz scene, like Boy George, were actually proletarian dandies. But some interesting thoughts here, and very resonant of the kind of discussions that were going on at the time.

Click on images to enlarge to read the full article - I have just transcribed extracts. 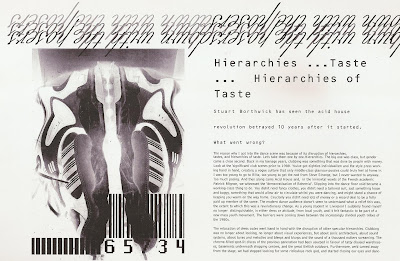 'The reason why I got in to the dance scene was because of its disruption of hierarchies, tastes, and hierarchies of taste. Let’s take them one by one. Hierarchies. The big one was class, but gender came a close second. Back in my teenage years, clubbing was something that was done by people with money. Look at the ‘significant’ club scenes prior to 1988. You’ve got eighties individualism and the style press working hand in hand, creating a vogue culture that only middle-class glamour-pussies could truly feel at home in. I was too young to go to Blitz, too young to get the nod from Steve Strange, but I never wanted to anyway. Too much posing. And then along came Acid House and, in the immortal words of the French academic Patrick Mignon, we witnessed the ‘democratisation of Bohemia’. Slipping into the dance void became a working-class thing to do. You didn’t need fancy clothes, you didn’t need a tailored suit, just something loose and baggy, something that would allow air to circulate whilst you were dancing, and might stand a chance of keeping you warm on the way home. Crucially you didn’t need lots of money or a record deal to be a fully paid up member of the scene. The modern dance audience doesn’t seem to understand what a relief this was, the extent to which this was a revolutionary change. As a young student in Liverpool I suddenly found myself no longer distinguishable, in either dress or attitude, from local youth, and it felt fantastic to be part of a new mass youth movement. The barriers were coming down between the increasingly divided youth tribes of the 1980s.

The relaxation of dress codes went hand in hand with the disruption of other specular hierarchies. Clubbing was no longer about looking, no longer about visual experiences, but about sonic architecture, about sound systems, about tunes and melodies and bleeps and blurps and the sound of a thousand nutters screaming. The chrome-filled spot-lit discos of the previous generation had been usurped in favour of tatty disused warehouses, basements underneath shopping centres, and the great British outdoors. Furthermore, we’d turned away from the stage, we had stopped looking for some ridiculous rock god, and started closing our eyes and dancing...' 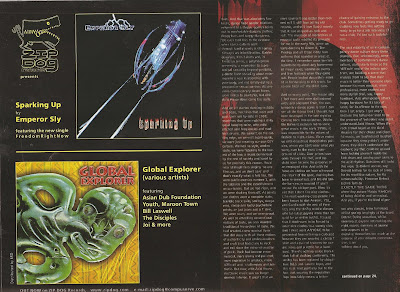 ‘The reason why I feel more and more disillusioned with, and alienated from, the contemporary dance scene is that I can see all the things that I thought had been destroyed in the late eighties coming back into existence… We’ve ended up with disastrous door/clothes policies, where you can’t wear what you want, even to the most underground of clubs. Door prices have gone through the roof, and top clubs have become the preserve of an employed elite. And with the focus on clothes we have witnessed the return of the gaze, clothing has been re-sexualised, and the old gender barriers re-erected...

We’ve seen the return of seriousness to dance clubs. Back in the late eighties and early nineties the dance floor was fun, everyone was giggling and laughing and blowing whistles and shouting and screaming. You simply don’t get that anymore, everyone is holding on and concentrating rather than just letting go… No one is smiling, no-one is laughing, everyone is paying too much attention to the mix, too much attention to the DJ…' 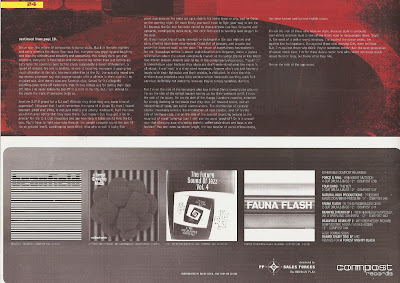 'All those hierarchies of taste inverted or destroyed in the late eighties and early nineties have been resurrected. Clubs full of poseurs, and anyone too prole-like knocked back on the door… In short the chin strokers have created a nice little enclave where hedonistic working-class folk are most definitely not welcome, because they’re simply tasteless, darling…

Posted by Transpontine at 8:06 pm

Thanks for reposting this, and thanks to Eric Kleptone for pointing me in the direction of this blog.

Interesting to see where my head was some 14 years ago. My error was probably presenting this as a "back to 88" call. 'Shoom' and those legendary acid house clubs had quite strict door policies and I felt priced out and excluded from acid house. Within a couple of years though, I felt that bohemia had indeed been democratised and anyone could join in. That was the scene I was trying to lionise, the scene that the Shoom followers were deriding as being full of teds.

Interesting to note that the scene surrounding On magazine (aka The Big Chill) also proved to be unsustainable and was eventually coopted by capital.

Good to hear from you Stuart, I remember having very similar feelings at the time, though I also enjoyed dressing up and doing the whole glam clubbing thing. Though as you say in the article, it wasn't dressing up that was the problem it was being told that you HAD to dress up.